Once a wonderful granitewood forest, scarwood now lives up to its name. Originally, the zone had an even more barren feel to it, with just a large pocket of life in and around Granitewood Crossing. The zone was updated in august 2011 to have a bit more green and foliage all over. 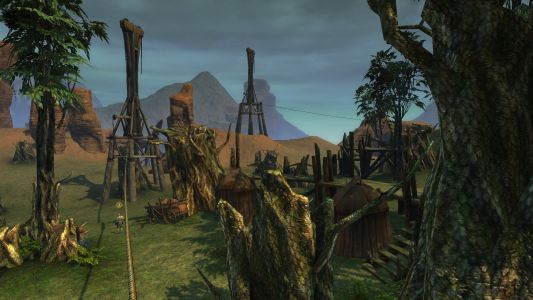 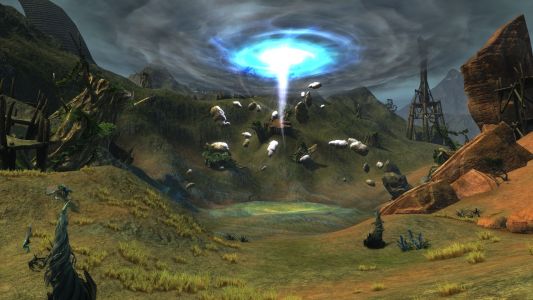 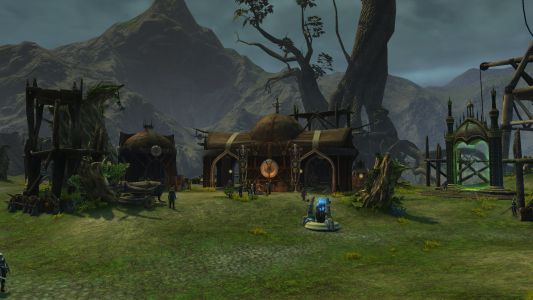 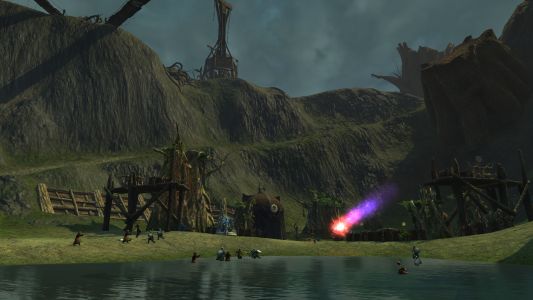 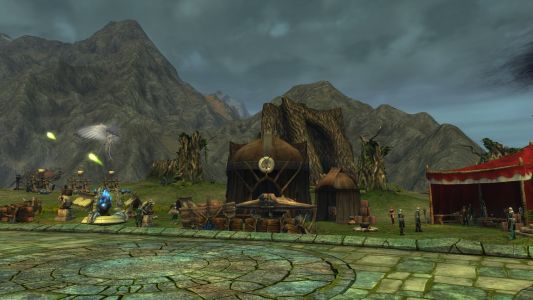 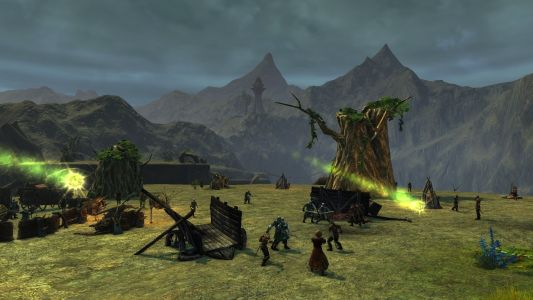 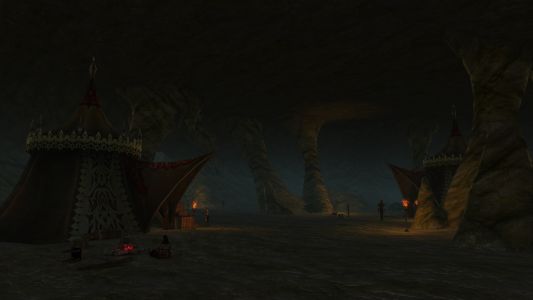 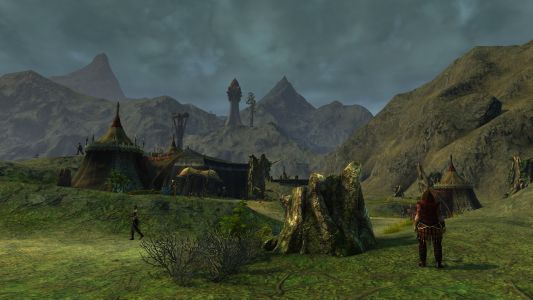 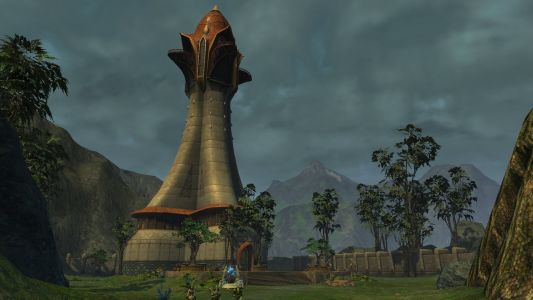 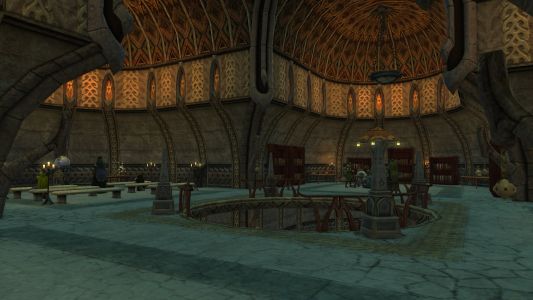 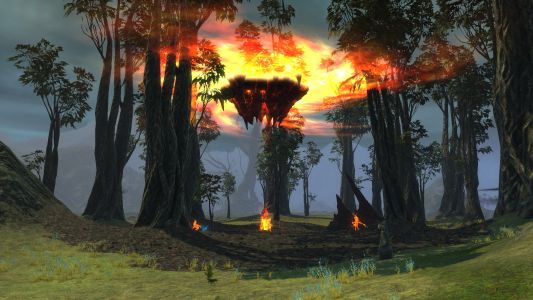 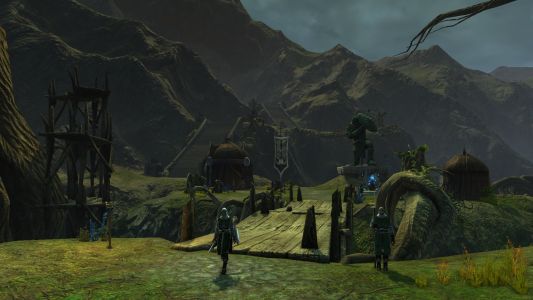 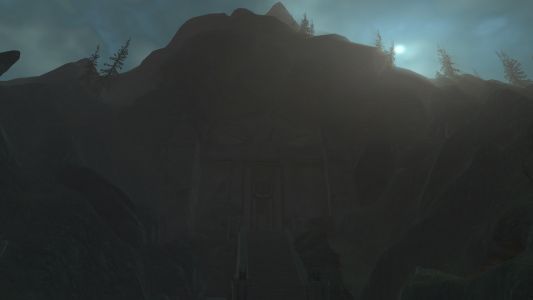 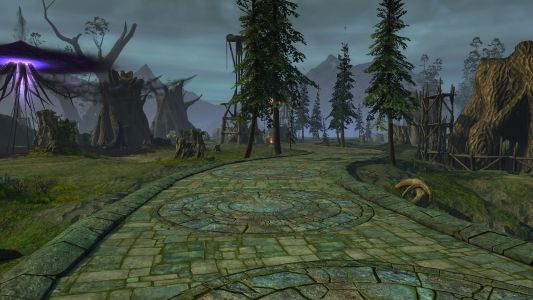 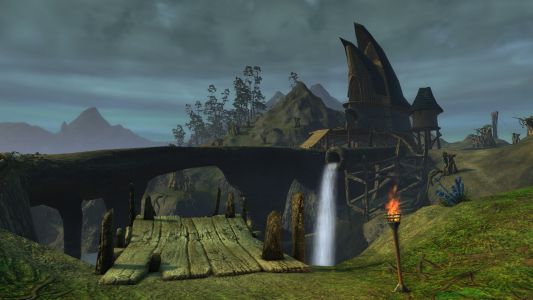 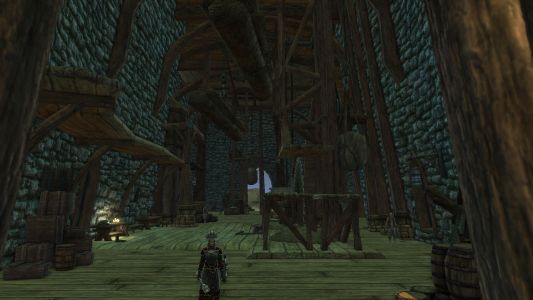 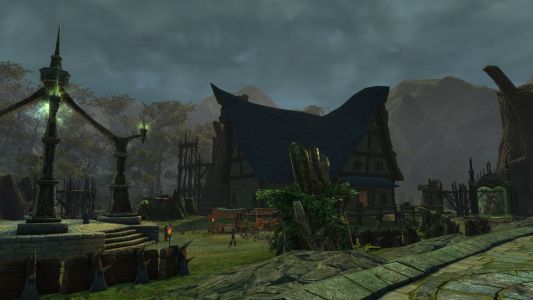 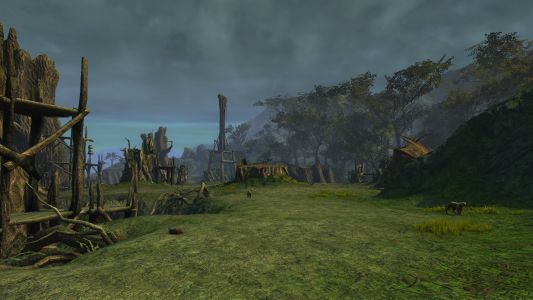 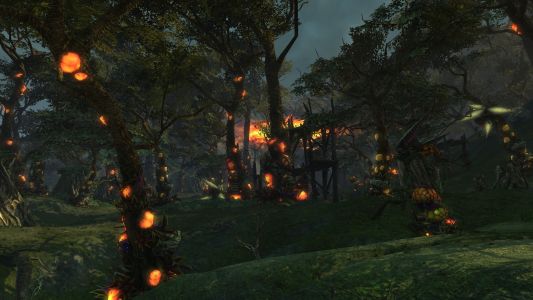 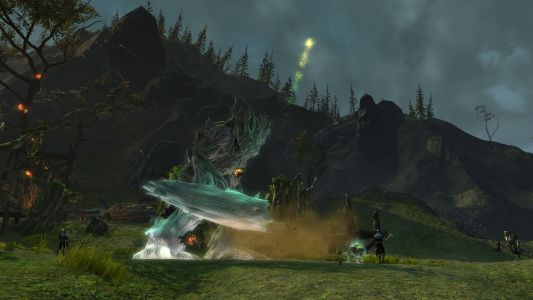 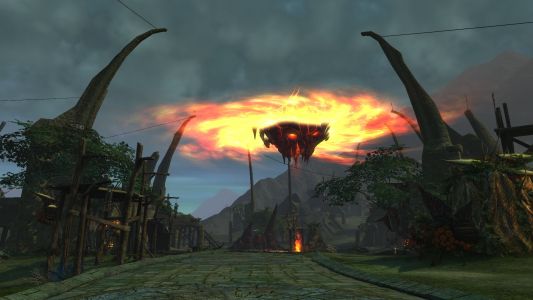 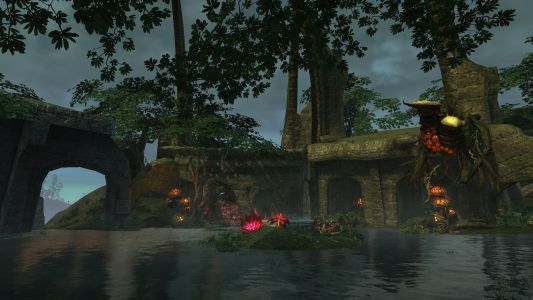 The very name Scarwood Reach is a tragedy, a testament to the glorious, enchanted forest that grew here, and to the bleak fact that the woods have been cut away, perhaps forever. Now, only a few of the trees that dominated the landscape remain. The servants of Greenscale seek to cover Scarwood in new growth: not stately evergreens, but the unchecked growth of the Plane of Life, which will choke out the native life as roots can choke a riverbed, spreading out from Scarwood to cover all Telara.
Granitewoods once covered this area, trees as gray and solid as their namesake stone, wrapped with vines and growing nearly to the sky. The sacred forest was a testament to the eternal might of the gods. As such, the Mathosians thought it only right that the gods’ chosen servants cut down a few granitewoods to build the central parts of Port Scion. With enchanted axes and much ritual, the Mathosians logged a few of the sacred trees.
The Mathosians cut down granitewoods responsibly, taking only what they needed for the grandest works of architecture. Then during the reign of Aedraxis, the forest fell at an alarming pace to build war machines for the tyrant. Soon, scant few granitewoods were left save mighty Auldwarden and a small copse purchased as a preserve by Carwin, farseeing bastard prince of Mathos.

Today the Guardians leave Scarlet Gorge to face a dustbowl full of hills bare as diseased scalps. Carwin’s preserve stands in dignified mourning over Scarwood, a stone monument to Carwin himself nestled between the roots of one tree.
This memorial is one of a network of shrines to brave Mathosians that served to protect the forest from harm. In his haste to harvest granitewood, Aedraxis neglected these shrines, and now their power lies dormant, unable to stop Death itself from gaining a foothold in what was once the most vital place in all Telara.
Two-headed ettins, stitched together from pilfered meat, misshapen flesh golems, and worse have been spotted in Scarwood of late. The locals have begun to disappear, and their family members dream of loved ones screaming in agony and wake up itching as if someone has been passing a needle and thread through their skin.
Perhaps by reactivating the shrines, the Guardians can save their people from whatever hideousness is afoot. But to do so they must travel all through Scarwood, from the troll-haunted hollows of Auldwarden, largest tree in all Telara, to the resting place of Carwin deep under the chalky earth.

As demand for granitewood rose, so did the fortunes of the local loggers, fortunes that fell once the forest was all but gone. Unable to live in harmony with the land as they once had, the contrite woodsmen sought any means they could to bring the forest back.
Along came Prince Hylas and House Aelfwar. Concealing their loyalty to Greenscale, Aelfwar used the Elves’ status as allies to Mathosia and protectors of the wild, claiming their Life magic could turn Scarwood into a lush forest within days.
They did not lie. The town of Granitewood Crossing is no more, having served as the origin-point for an explosion of Life energy never before seen in Telara’s history. Its ruins are overgrown by the barbed and bulbous foliage native to the Plane of Life. In perhaps the dragons’ greatest triumph during this age of rifts, the land around the village perfectly mimics the Plane of Life upon the face of Telara.
Though the odd Life Rift blooms here as insult to injury, no rift is required to keep the aggressive flora stretching outward, Lifetouched creatures spawning as if from the ground. Even now, the Life-spawn claw at the gates of Perspice.

This unnatural forest expands daily, goaded on ever faster by an ancient Eth machine that once made the desert bloom. Asha Catari herself has come to Scarwood and seeks the aid of her fellow Defiant in wrenching this relic from Aelfwar’s talons.