The last raid to be introduced in the Nigtmare Tide expansion, Comet of Ahnket introduces a new Tenebrean being posing a threat to the universe. 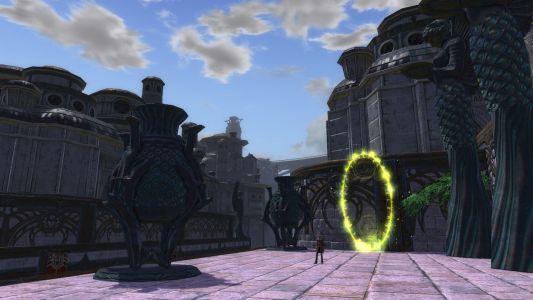 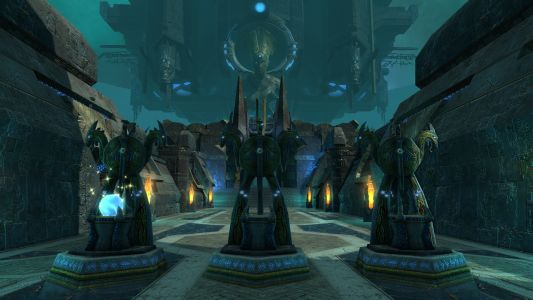 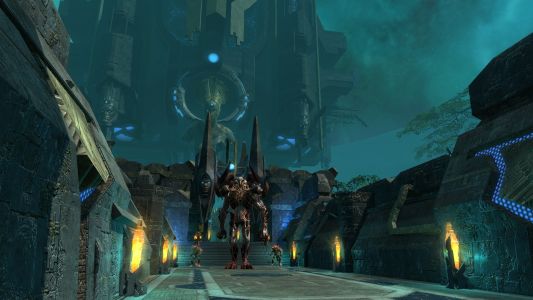 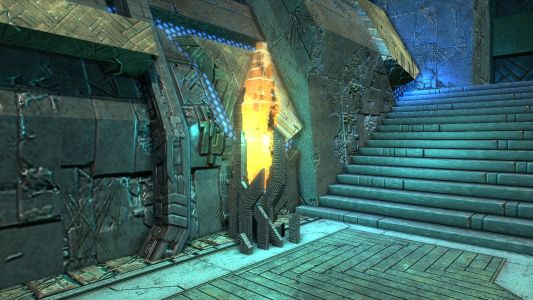 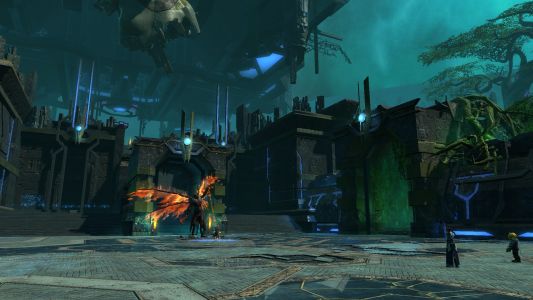 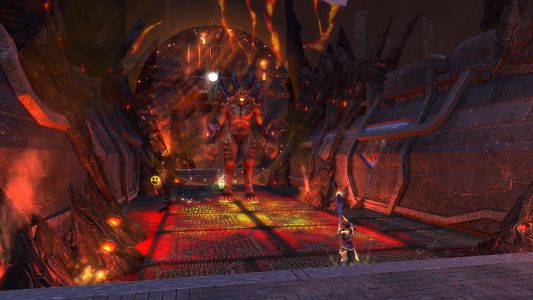 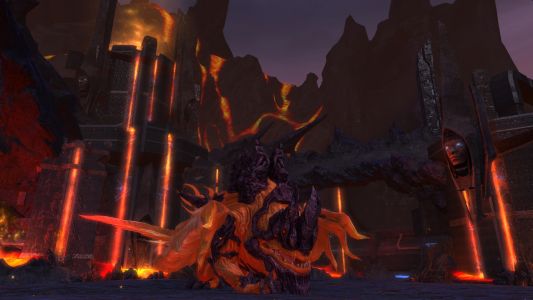 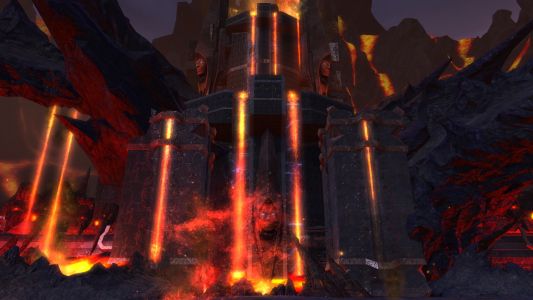 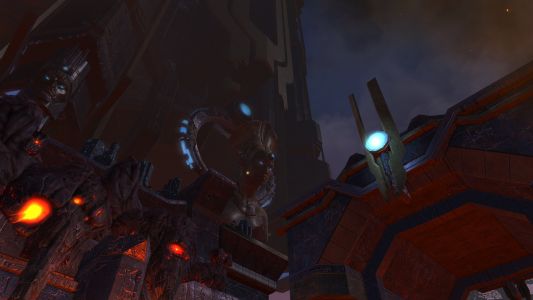 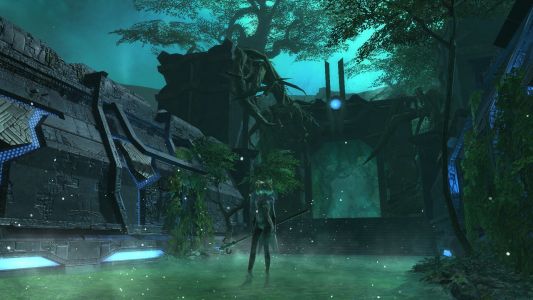 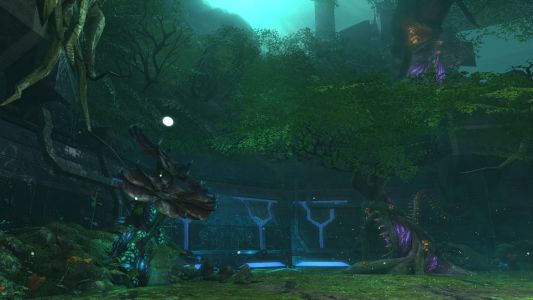 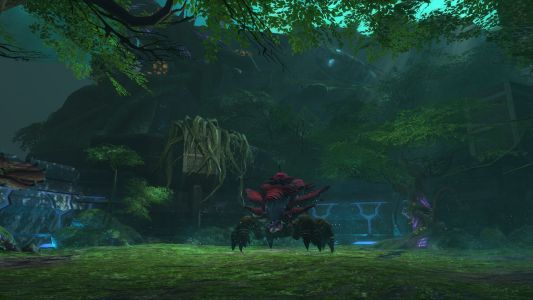 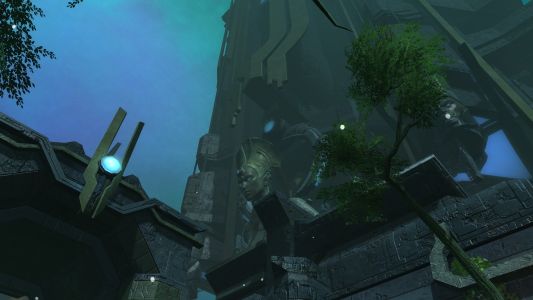 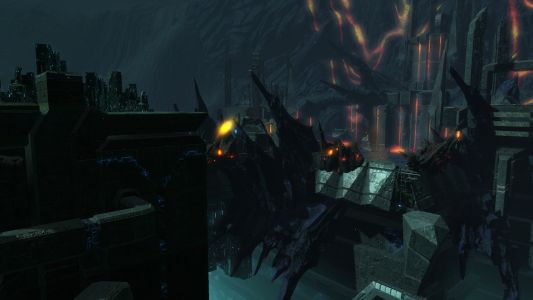 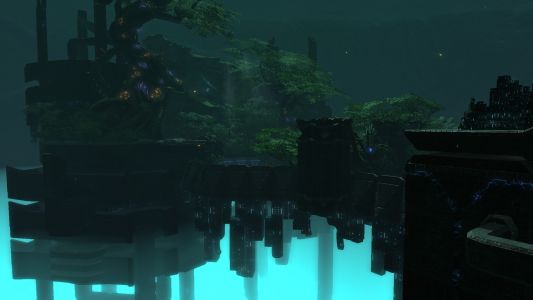 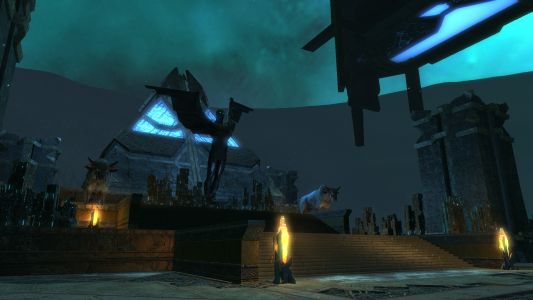 A letter to the High Councils of Defiants and Guardians:

It has been but a few weeks since we all witnessed the comet that mysteriously appeared in the skies over Telara. We scholars who were tasked with discovering the meaning of the portent, have, after much travel and careful study of the alignment of heavenly bodies, been led to an equally mysterious edifice, a great tower rising above the land.

I write you today from the courtyard of this most unusual structure. The construct is composed of otherworldly materials that defy classification by even the most knowledgeable among our group. Conferring with the Ascended that have returned from the battles against the Lord of Nightmares in the Plane of Water, we must conclude that they are undoubtedly Tenebrean in style and substance, but beyond that we cannot comment as to how it came to be constructed. Or perhaps, grown to its present form. Strangest of all is that the tower itself appears to be… sentient. Not only sentient, but fiercely self-aware and possessing astonishing magical power.

The tower, which we must call Ahnket, for that is the name she has given herself, is in possession of powerful beings plucked from the Planes of Fire and Life. She revealed that one of the beings, an ancient creature of the Fae realms, the Tuath’de Lord Fionn, consumed by his ascent to power, is bent on the destruction and remaking of the cosmos should he prevail. Ahnket has matched him against his sworn enemy, a demonic power of evil, Eblius, the Duke of Flame, and has trapped them both within her walls, in hopes of keeping them from unleashing destruction across the universe. Some among us contend that perhaps she wishes to contain them merely to release at a time of her own choosing.
There is no doubt that the war within the tower rages on without abatement. We can hear it; we can feel it. However, our investigations and mere presence here seems to have distracted Ahnket herself, and the balance of the combatants within her has shifted. Slightly, but even that may be enough to upset the balance of deadly force within.
We require a strong and focused array of Ascended to answer our call, those capable of matching and defeating an array of deadly allies in order to directly confront the pre-eminent powers of Lord Fionn and Eblius directly, but first they must deal with all manner of other creatures who battle alongside these two leaders.
Ahnket has revealed much to us of the forces she keeps contained, warning of the danger we both face should balance not be maintained. But she keeps many secrets still, and we do not fully trust in her call for allies to quiet the forces within her. I cannot shake the feeling that she pits us against these other powers like pieces in an elaborate game.

We sense much darkness in the will of this unusual Tenebrean being… but we must take action regardless, for we have ascertained the truth that the Lord Fionn has a terrible fate planned for us all if he is able to defeat Ebius and escape Ahnket. Was this the tower’s plan all along, to force us into action? To save Telara from these ancient powers of Fae and Flame by causing this crises? Or is it just curious, a being of such power who is unable or unwilling to care about the harm she would cause our world if her playthings were to find their freedom?
For now, at least, we must ally with this Tenebrean.
Even should we prevail over this imminent threat… the future remains dark to us and we are left with deep disquiet.
We should send envoys to those of our allies that know the most about these beings. Anthousa Mona of the Kelari has fought the longest against the Wanton hordes of fire that tried to free dragon Maelforge, trapped beneath her island home. Shyla Starhearth of the High elves has recently moved to the Fae town of Hailol to join the satyr Atrophinus. If anyone would know about the nature of these Tuath’de and their lords it would be these two. We should also question our resident Tenebrean, Orphiel Farwind. Though I fear he will be as elusive as ever about his role in all this.

May the Vigil help us all.
Brasse,
Guardian Cleric of Bahralt

Comet of Ahnket was last modified: August 22nd, 2016 by misterwibble