Iron Tomb is the first dungeon Defiants can enter, illustrating the struggle between Eliam’s Ghost and Alsbeth the Discordant. 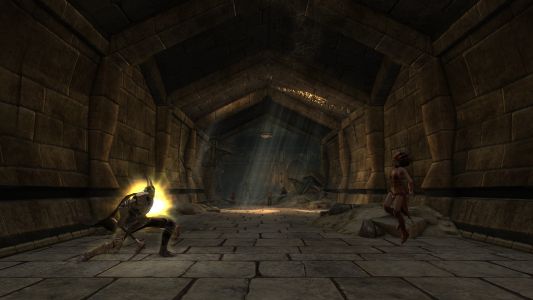 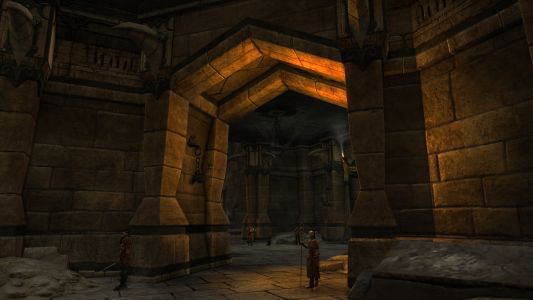 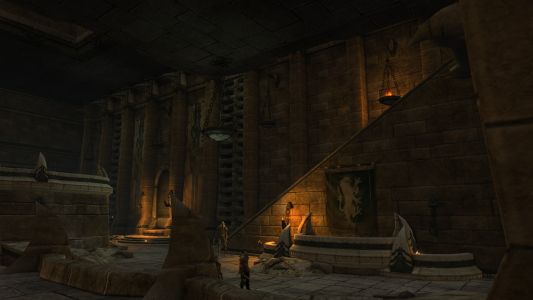 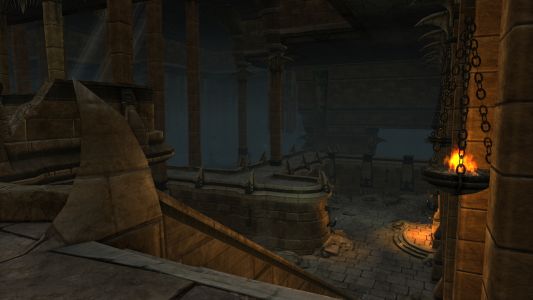 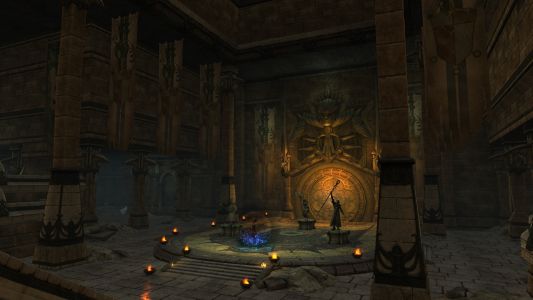 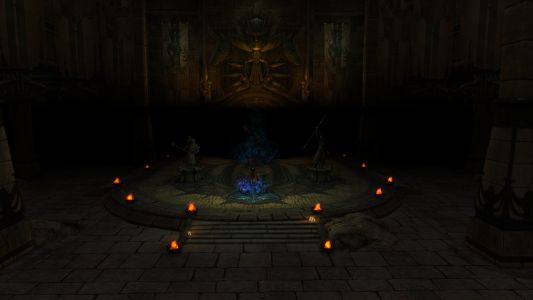 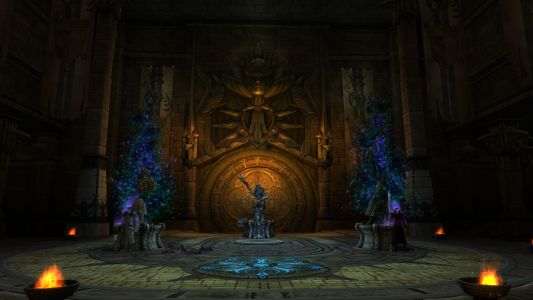 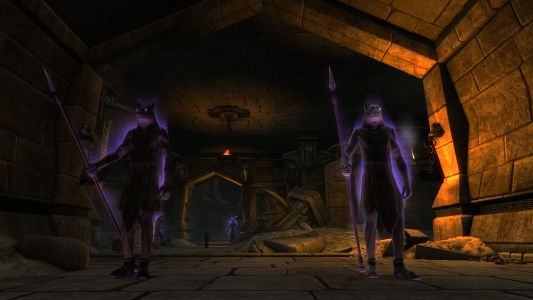 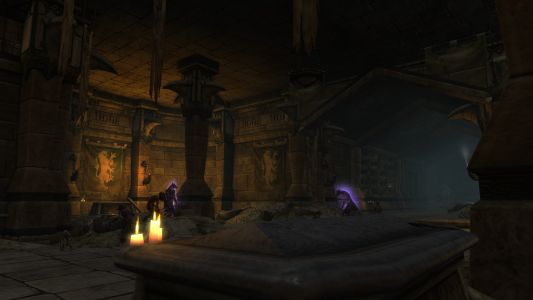 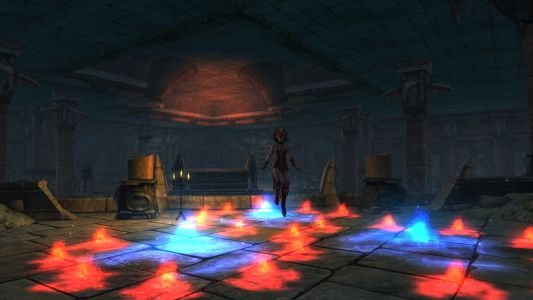 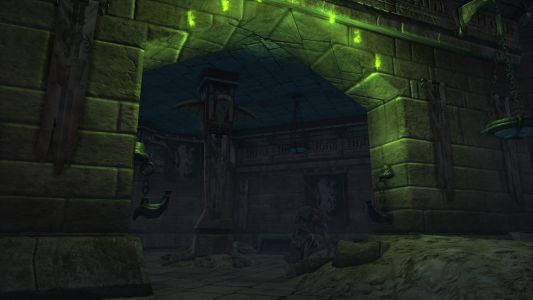 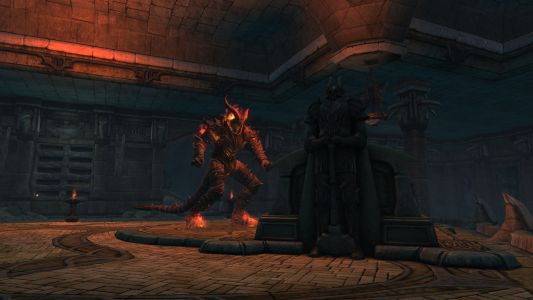 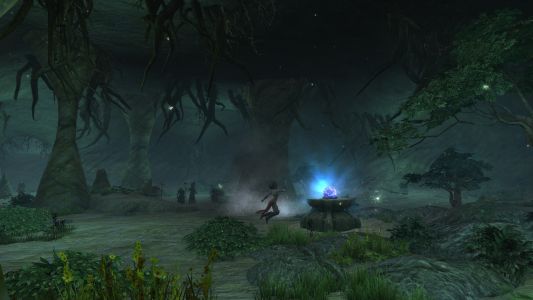 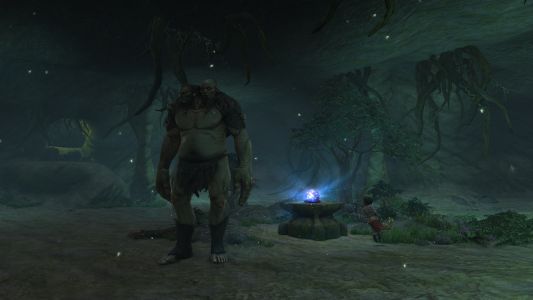 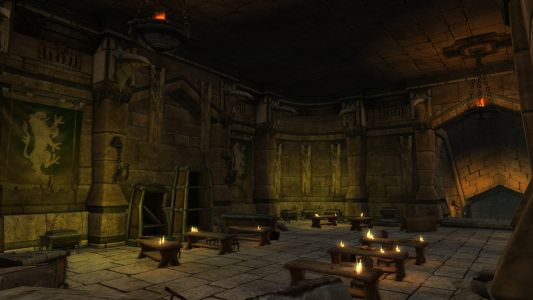 Freemarch has earned its name as an independent and just land, thanks largely to the guiding hand of the March Wardens. Proudly refusing royal titles, they have led Freemarch since Eliam cast down Jakub the Warlord shortly after the fall of the Eth. Even the stern Mathosians allowed Freemarch some measure of self-rule, out of respect for the Wardens’ reputation.
To honor their leaders, the Freemarchers built a grand tomb complex where every Warden can rest for eternity in the company of his peers. There, the Wardens lie in spacious catacombs dug into walls of polished sandstone. Eliam himself is buried in a magnificent crypt deep in the complex, and no tomb robber would have dared the fury of the Wardens’ spirits… until the rifts came. Iron Tomb

Who but the Endless Court would disturb the slumber of the March Wardens? They have broken into the tomb, torn up the stones with their rude digging, and even raised the bodies of noble leaders as lethal undead thralls. Alsbeth the Discordant, mistress of the Endless and right hand of Regulos, has enslaved many of the Wardens’ souls to build a force of elite ghosts. Three of these leaders, Laric, Darribec, and Humbart, now haunt their monuments as Alsbeth’s tortured protectors.
Unliving filth wanders Iron Tomb, zombies and mummies and worse ready to chew the flesh of pilgrims and break the bones of heroes. Poor Caor Ashstone was once Eliam’s most loyal servant, the only commoner honored with a place in Iron Tomb. His corpse has risen, tortured by Death magic and concern for his master, to fall upon intruders in a misguided frenzy.
Tales also say a rare species of poisonous spider burrows near Iron Tomb, and if the Endless defile the stones any more, these hunters could creep in, making the tomb unapproachable by anyone but the dead.

Empowered by Regulos, Alsbeth is perhaps Telara’s most powerful sorceress, but even she has yet to break the will of Eliam. His spirit alone has withstood her magic, so she has recruited Ragnoth, a Fire demon adept at enslaving souls. For all this, Eliam’s ghost calls Ascended to Iron Tomb, warning all who will listen that the fate of Telara may be decided in his crypt under Freemarch.
The Endless have not come to Iron Tomb simply because they can’t abide a dignified death, or even for an army of enthralled heroes. The March Wardens were buried where the righteous might of their ghosts could protect an ancient secret. Tales say that deep below Iron Tomb itself lie mossy caves, lit by the hideous glow of an artifact that could bring victory to the Endless Court, and ruin to all Telara