The Ascended will have to enter Deepstrike Mines to stop the Endless Court from waking the titans. 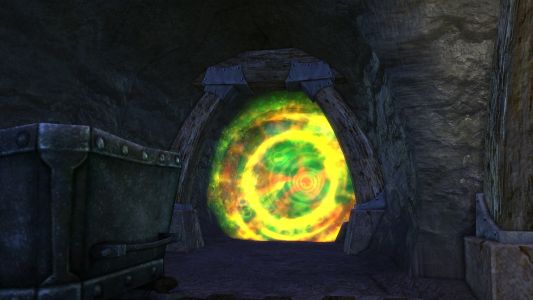 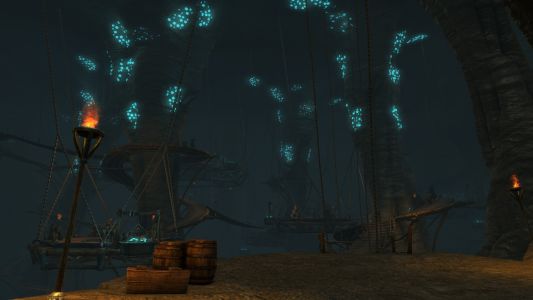 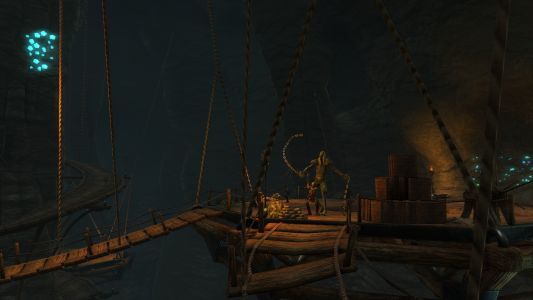 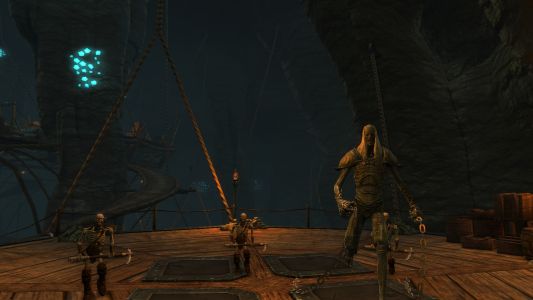 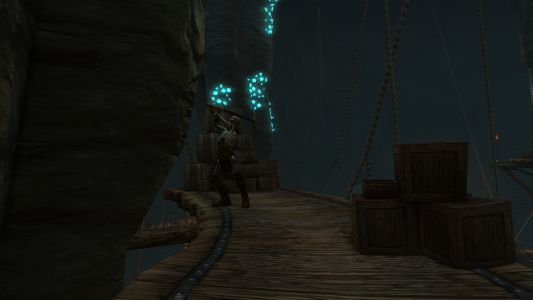 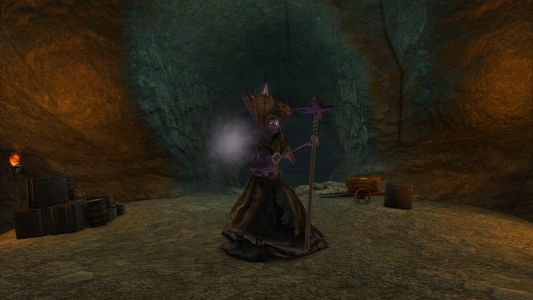 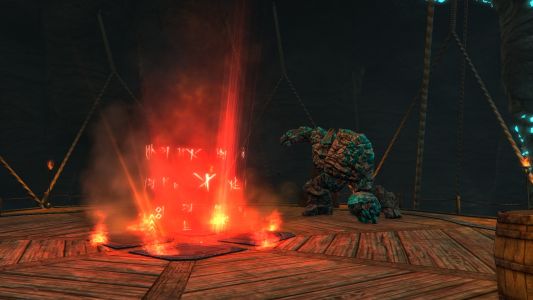 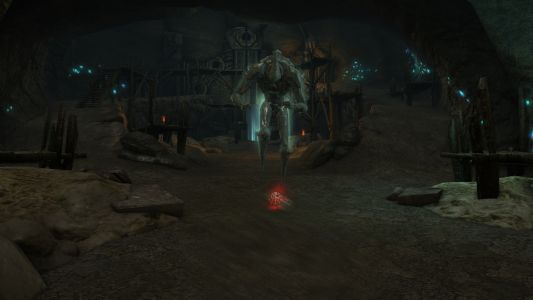 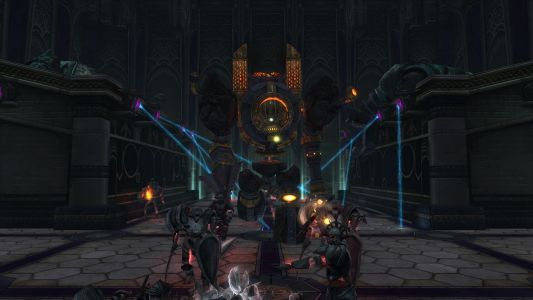 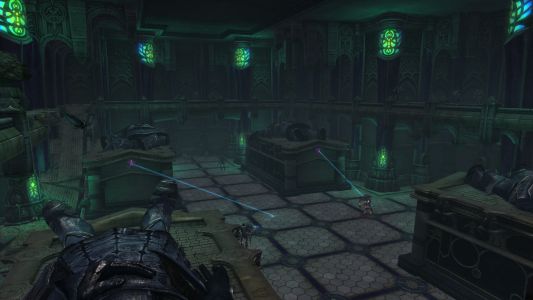 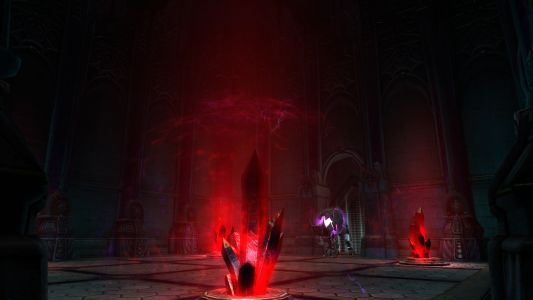 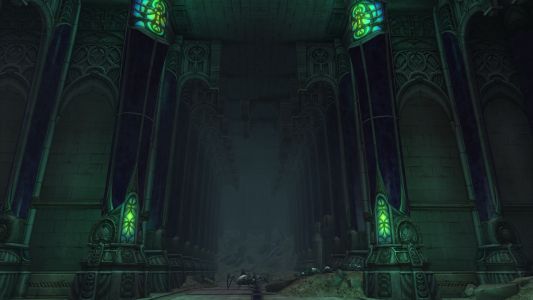 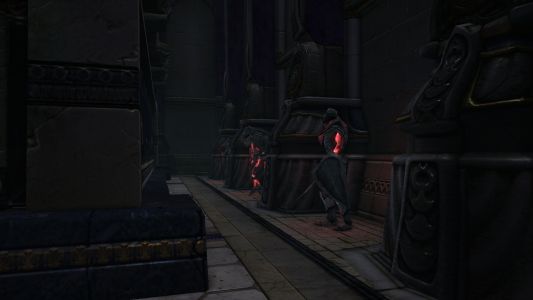 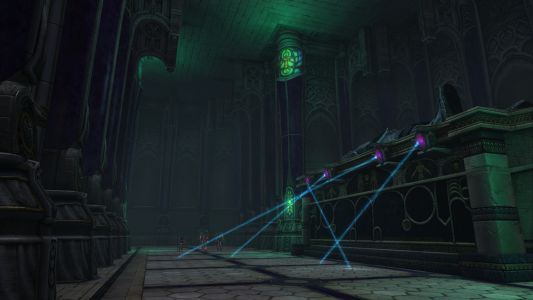 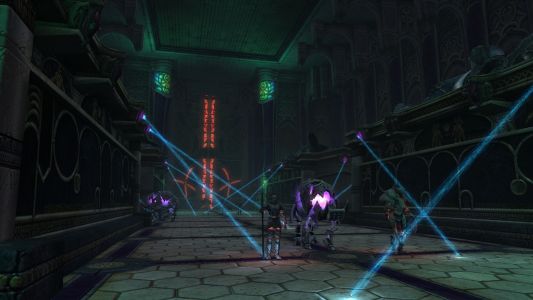 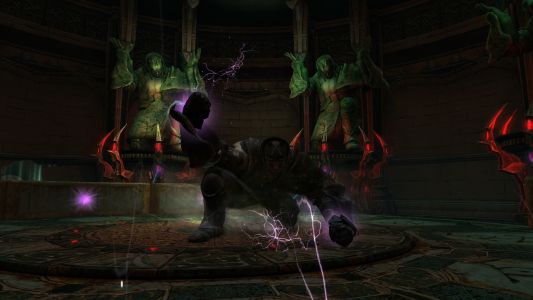 In the heyday of their Empire, the Eth Sorcerer Kings discovered sourcestone under the rolling hills of Stonefield. They carved out a mine like no other: not a maze of shafts but one enormous cave supported by twisting pillars, thick as ancient granitewoods and veined with glowing sourcestone.
So great was the Eth’s lust for sourcestone to fuel their machines that they bound titans from the Plane of Earth to guard their mines. In time, these mighty giants overthrew the Eth, who only managed to reclaim Stonefield shortly before their empire’s collapse.
After the Eth withdrew, hardy Mathosians laid claim to the mine, prospering as they supplied the magic stone to their own empire. When the rifts tore into Telara, the cultists of the Endless Court rose from their hideaways to chase the miners from Deepstrike with a swarm of walking dead.
Now, undead miners exploit the wondrous Eth engineering. Unwilling to properly maintain the soaring Eth walkways, they move between the pillars on a rude catwalk. Anyone who falls off is immediately set upon by flesh-eating scarabs that can strip a living body in seconds, leaving only a skeleton to join the Court’s mindless horde.

Undead swarm the mines, hacking recklessly at veins of sourcestone and slaughtering any who intrude. Spectral overseers goad miners on with lashes of chain, and seers have sensed a powerful necrotic entity in the mines, whose task perhaps is to supervise the silent laborers and discourage reclamation efforts with curses and shadowy magic.
Walking corpses are the least of an explorer’s worries. Deepstrike has always been plagued by creatures from the Plane of Earth, and the Endless Court works tirelessly to subvert and corrupt these crude beings, planting the seeds of death in the brutes as corpses are laid in the ground.
One massive earth elemental has already shifted his allegiance from Laethys to Regulos. Called Bonehew, this fouled behemoth guards Deepstrike like the titans of old, eager to live up to his name. Rumors have it that the deepest parts of the mines are home to an elemental of diamond, and who knows what harm the Endless Court could do with an unbreakable champion of black gemstone.

As it corrupts the mines, the Endless Court fouls the very land of Stonefield, and it must be scourged from Deepstrike Mines if the honest folk of Granite Falls are to survive. The sourcestone in Deepstrike could provide endless fuel for technomagical machines, so any loyal Defiant should fight to reclaim the mines.
Yet the undead are digging for more than sourcestone. Every day, they gouge the mines deeper under the earth, a fact that sends Eth scholars scurrying to their tomes in search of some spell or device to eradicate the Court before they dig too deep.
It is well known that after they put down the titans’ rebellion, the ancient Eth imprisoned their mighty slaves under Stonefield. Could the Endless Court seek to release the titans from their prison? Perhaps they hope to corrupt these ruthless juggernauts to serve the Devourer of Worlds, or merely plunder the treasures buried in the tomb.
For all their hideous magic, the Endless Court had best hope they never breach the buried gates. The titans within epitomize the power of earth, waiting in the deeps to shatter the works of living and undead alike.