Venturing into the Darkening Deeps, the ascended are to thwart the plans of the Gedlo Conclave (and lay rest to Scarn if so required). Darkening Deeps is one of the Rift dungeons to also receive a Master mode, for that extra challenge. 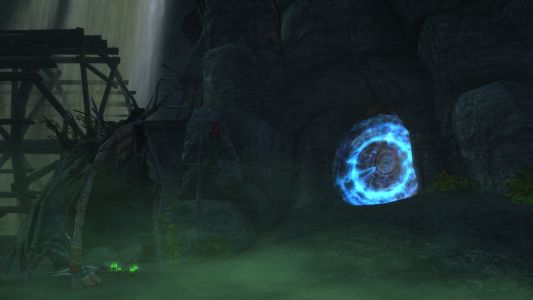 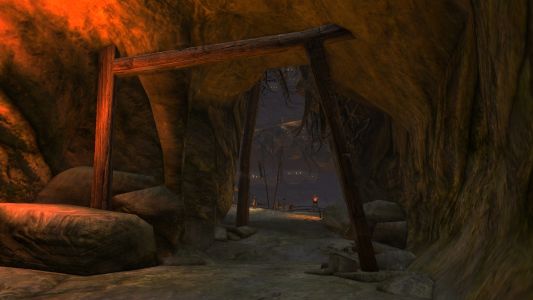 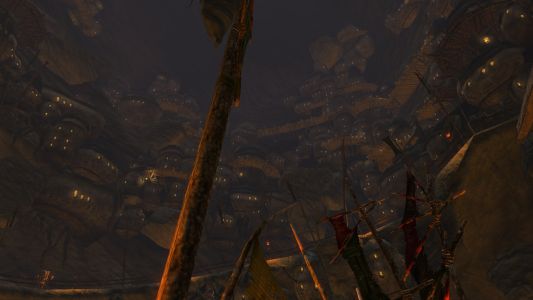 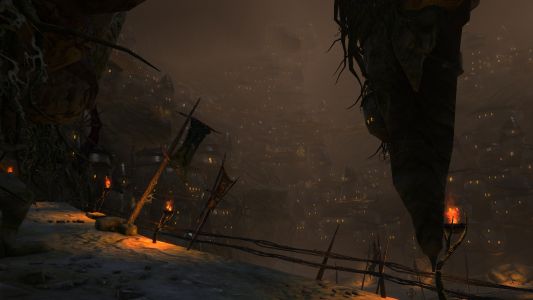 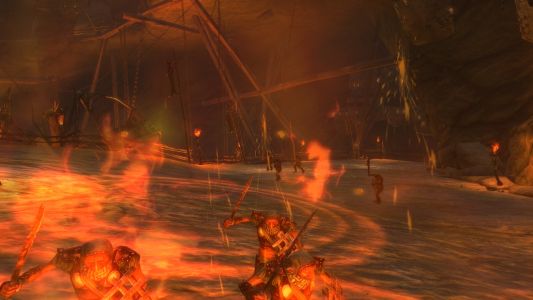 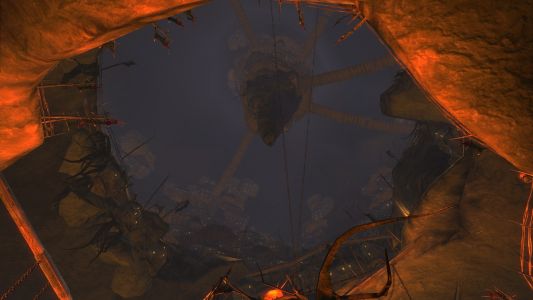 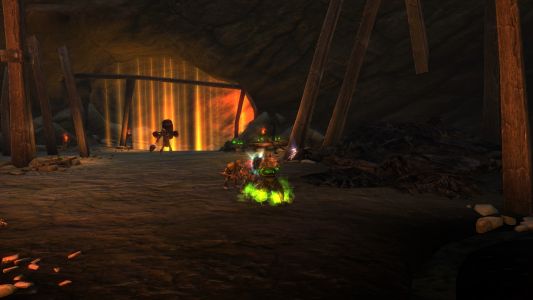 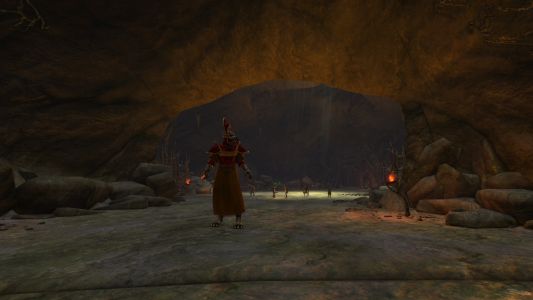 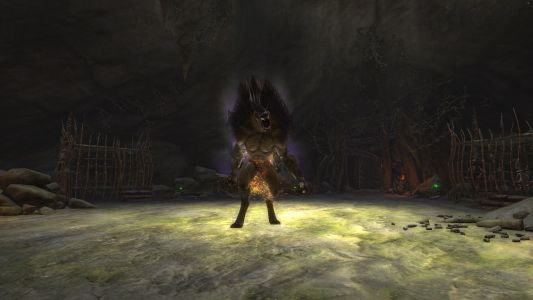 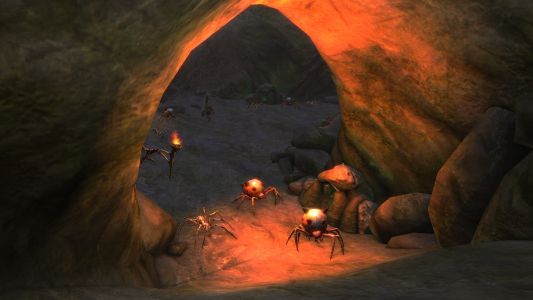 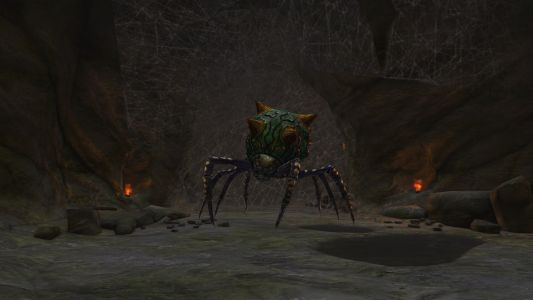 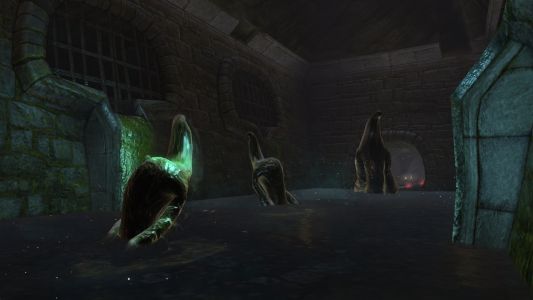 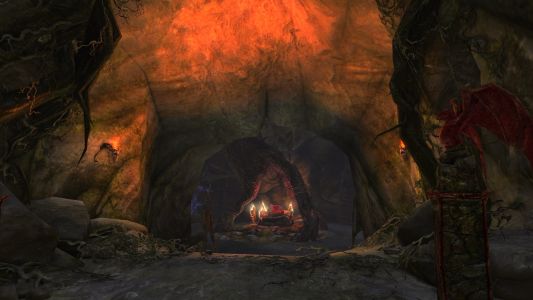 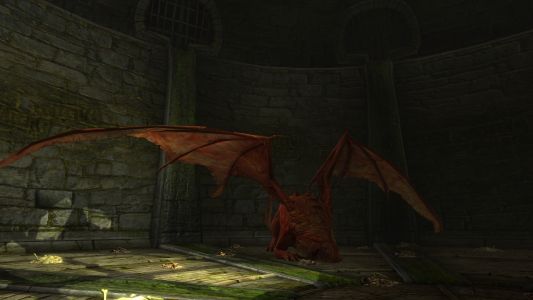 In the deepest part of Gloamwood, the waterways under a once-stately Mathosian castle play host to the frenzied stirrings of creatures from the rifts. Gloamwood’s goblins built a city into this chasm’s walls, their hovels lining a path spiraling deep into the bedrock. Every day, goblins skulk from this hole to wreak havoc through the woods.
It was all the people of Gloamwood could do to control the goblin menace, until the Gedlo priests came through the Fire Rifts, whipping their lesser goblin brethren into a fighting force bold enough to harass even armed patrols. Victims report muscle-bound, frenzied goblins who maul defenders at the Gedlo priests’ command.
Always vicious, the goblins’ newly focused ferocity is taking a heavy toll on their High Elf blood-foes, and Silverwood was almost razed in a recent raid. Uproar over this threat cost the Guardians the allegiance of the Elf prince Hylas.

Adventurers who brave Darkening Deeps will find a vast chasm, choked with smoke and the reek of goblins. The vicious little creatures attack anyone who comes too near their city, spurred on and backed by the magic of their Gedlo rulers. Normal goblins are dangerous enough, but the new breed of hulking berserkers swarm through Darkening Deeps, as eager to rend intruders limb from limb as they are to crush the skulls of fat villagers on a raid.
Goblins have never been much for pest control, and an entire wing of Darkening Deeps has been overrun by spiders from Silkweb Pass. Likewise, the sewer system the goblins first colonized is now jealously guarded by water elementals so polluted with foulness their mere stench can overcome hardy invaders.

From the report of Commander Oakheart, Paladin of the Sanctuary Guard, Gloamwood:

“Three times we’ve stormed the den of these filthy goblin priests and three times they’ve pushed us back. By now my sword shows more blood than steel, yet still we cannot break through!

I have heard tales of villagers taken prisoner, offered as sacrifices in these halls we cannot breach. As we struggled with the goblins, I noticed ten long, bloody scratches in the rock beneath our feet. A loose human fingernail lay where one of the scratches ended.

These degenerates have never shown such frenzy as when they defend these halls. My stealthier compatriots have seen goblins regard the chambers with gleeful reverence, as if they hide a weapon that will obliterate the fair races from Gloamwood forever.

Whatever they’re hiding, whether or not we receive reinforcements, the goblins have abducted one of my men, and I will not see him die under Gedlo daggers.”

Several villagers from Gloamwood Pines have vanished after encounters with goblins. Their desperate cries can sometimes be heard over the din of the goblin city, subsiding only on full moon nights to be replaced by the howling of wolves— though no wolves are known to live in Gloamwood. The wood has seen less treant activity of late, and though locals bear no love for these invaders from the Life Plane, their disappearance might have some connection to the goblin berserkers.

Heroes uninterested in kidnapped villagers or goblin alchemy are nonetheless tempted to enter the Darkening Deeps, for the Gedlo use potent magic and artifacts to protect some secret hidden deep underground. Whatever has the goblins in such a paranoid frenzy would be of value to any Ascended bold enough to delve into Darkening Deeps.