Shimmersand is one of the two original Rift end game zones. A beautiful desert zone, Shimmersand harbored many hidden (and not so hidden) dangers. With the arrival of the Nightmare Tide, the Infinity Gate now looms over the Flatyard. 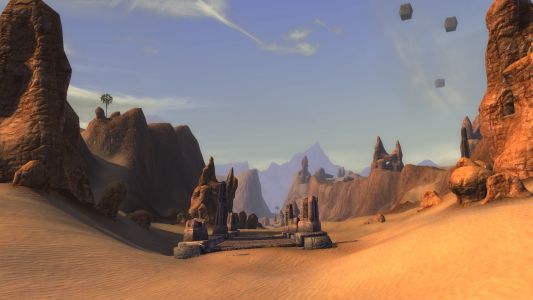 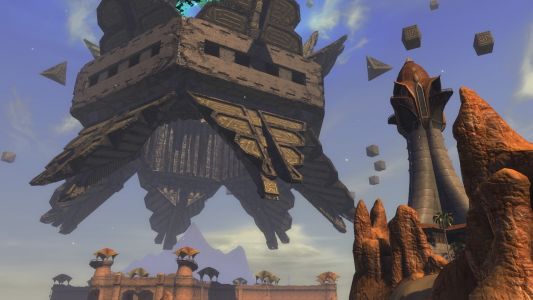 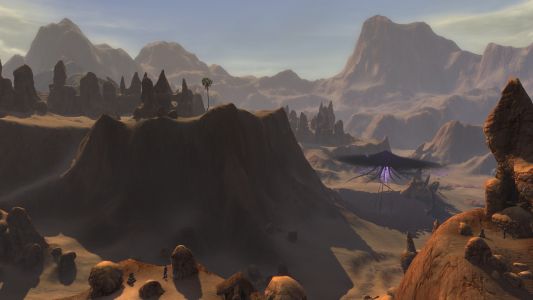 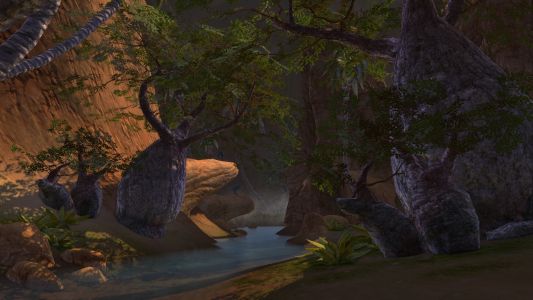 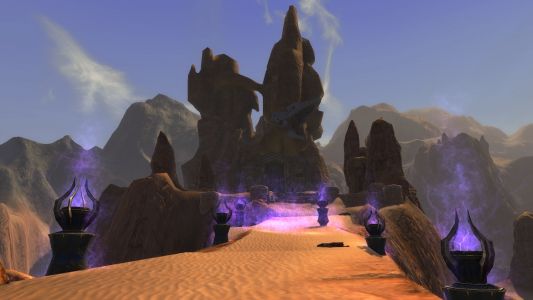 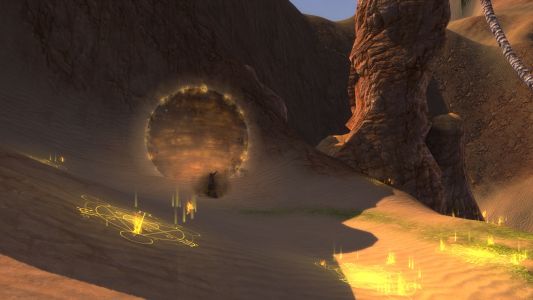 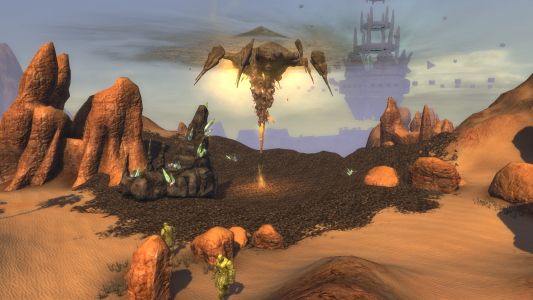 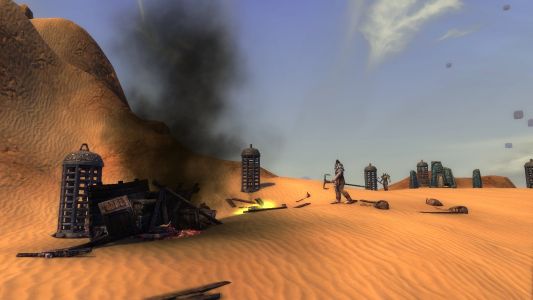 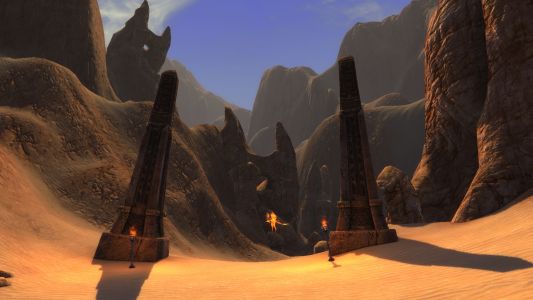 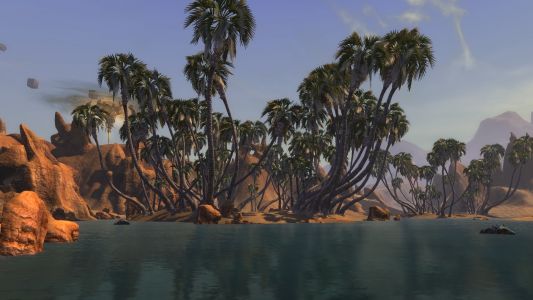 The Oasis
The Oasis 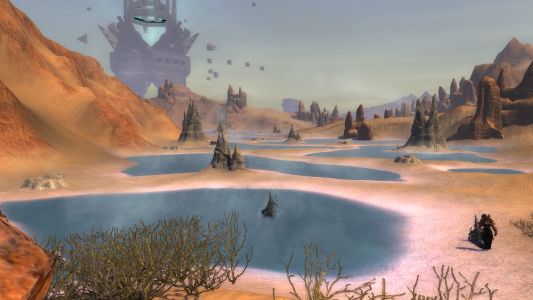 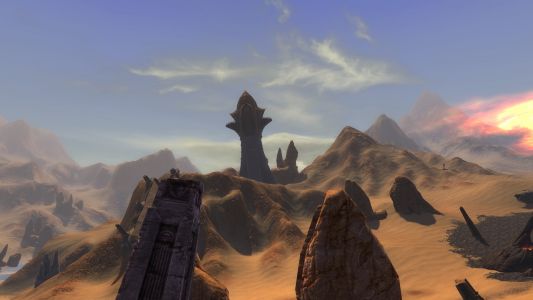 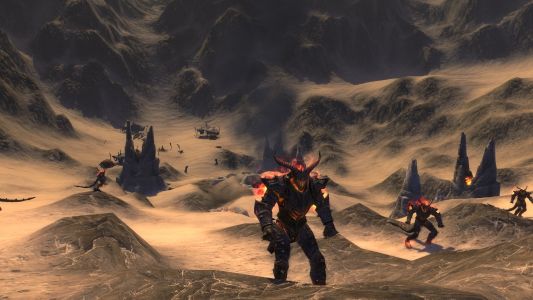 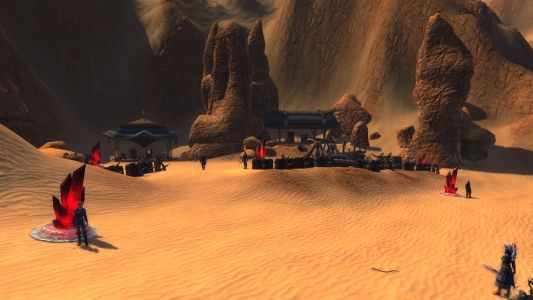 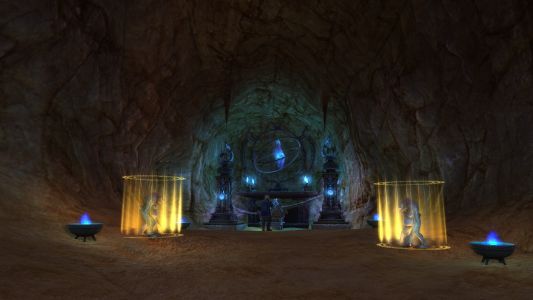 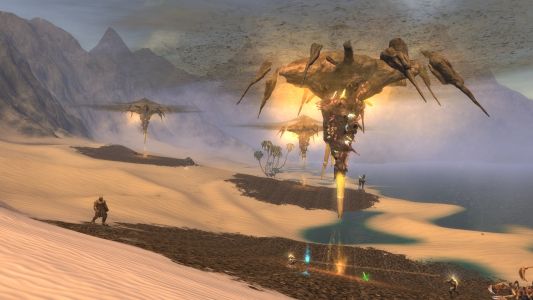 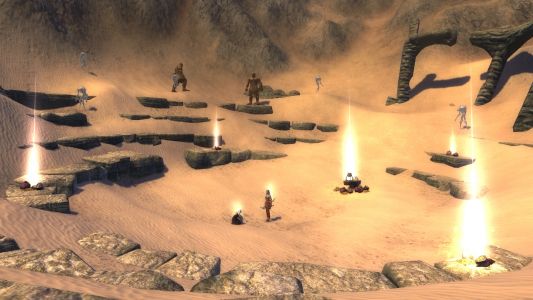 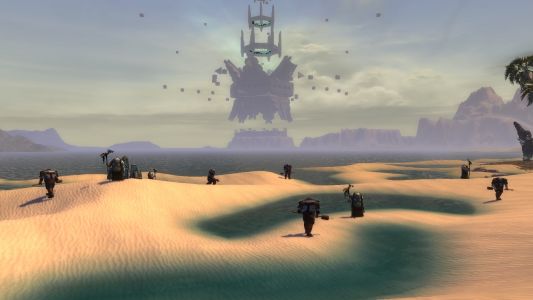 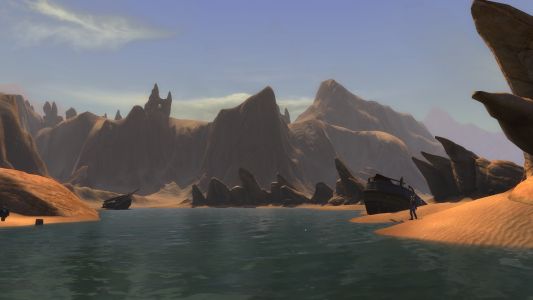 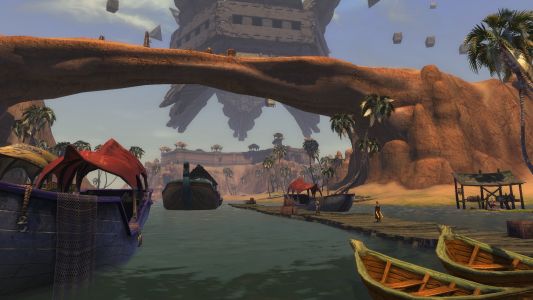 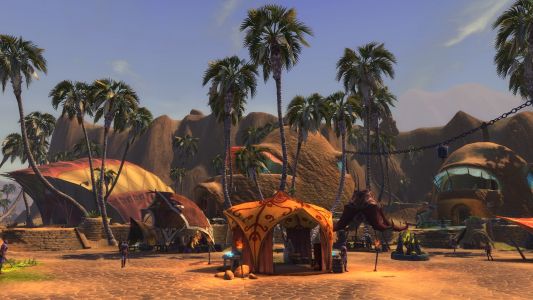 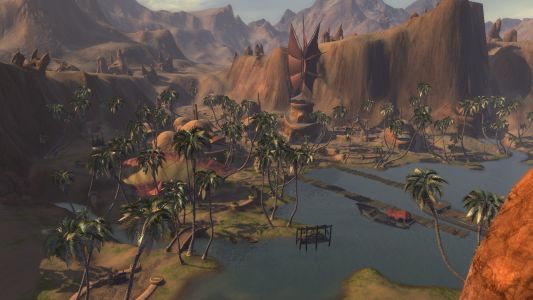 In Shimmersand, there are two lights: the light of the sun, burning above, and the light of civilization, buried below. For here among the mountainous dunes lies the heartland of the Eth Empire that flourished before the sons of Mathos ever came down from their hovels. Some few of the ivory towers of the Eth still remain, jutting up above the sand, their secrets calling to courageous Ascended, greedy merchants, and foul cultists alike.

Only the mightiest Ascended can brave the sands alone. The desert is hot and hostile; in some places, travelers must crunch along on sun-made glass. What little water one finds is unsafe, as in Scaldwater Fields, where buried veins of magma heat the pools to boil the reckless drinker’s throat. Yet the magic of Earth and Fire is strong in Shimmersand, and the Ascended come in droves to keep this desert and its secrets out of the clutches of the cults.

Little remains of ancient Eth, every bit of it priceless. In sand-scoured ruins lie devices that could once make the desert flower, make a foe fall in agony, or bring life to armies of golems. Yet every ruin is beset by wild beasts or sinister cultists, and the constant rifts make treasure-hunting a risky prospect. Locals say the greatest treasures lie in an ancient laboratory under Charmer’s Caldera, but exploring an active volcano in search of a legend strikes many as folly.

Shimmersand is not without civilization, and the prosperous port of Fortune’s Shore has become one of Telara’s largest cities. Yet Fortune’s Shore cannot hold a candle to the Eth city-states that once rose proudly from the sands. Beset by Wanton infiltrators—who see a flourishing city as ripe for glorious destruction in Maelforge’s name—Fortune’s Shore could well join the cities of the Eth beneath the dunes.
Shimmersand is also home to the Dragonslayer Covenant, a proud and ancient order dedicated to stamping out the Blood Storm wherever cultists scheme and dragons tread. Though Asha Catari was once a respected Dragonslayer, the Covenant shows no favoritism toward Defiant or Guardians and will richly reward any Ascended who help cleanse Shimmersand of Blood Storm corruption.

A letter from Kasia Phelorn of the Dragonslayer Covenant, Warden of the Flatyard, sent to both Cyril Kalmar and Asha Catari:

“To the legendary leader of the Guardians, and my old friend Asha,

Help us. Our prison facility here at the Flatyard has reached capacity, and these new cultists are not so easily cowed as the others. The inmates are in a state of constant riot. My guards rightly fear to enter the detention yards, as several of their brethren have already disappeared in the night. A mass-breakout seems imminent. Ignoring the ruin any escapees will wreak on Telara, a breakout will destroy the Flatyard’s fearsome reputation among the dragons’ slaves.

Please, for your untarnished honor, for the love you bear me, send down your Ascended. We must crush these prisoners’ ambition, or they will crush Shimmersand, and the rest of Telara not long after”