These may or may not have been the official pictures for Infernal Dawn, the raid instance on Ember Isle. 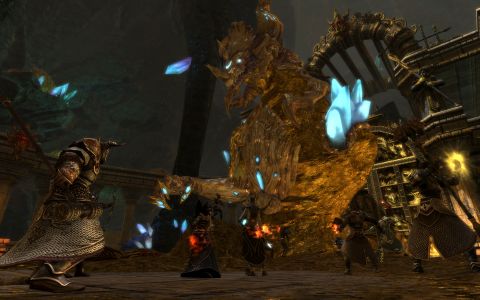 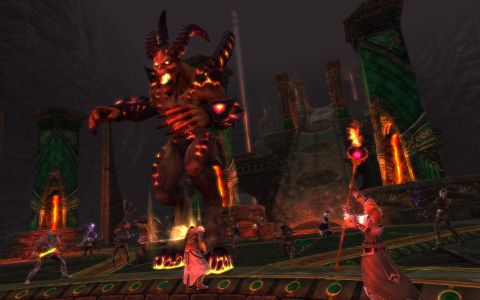 Ituziel, one who shattered many a guild. 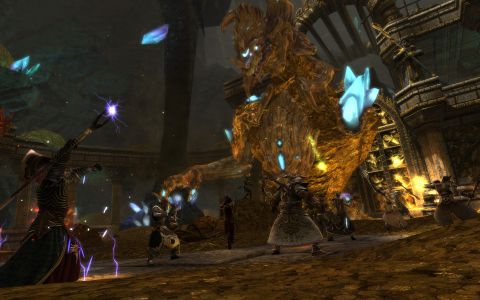 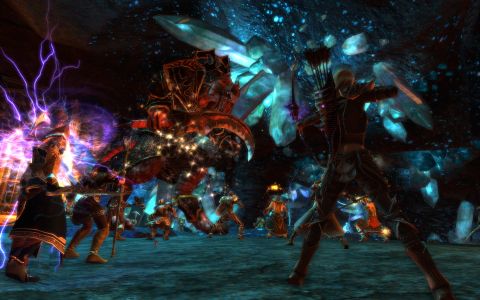 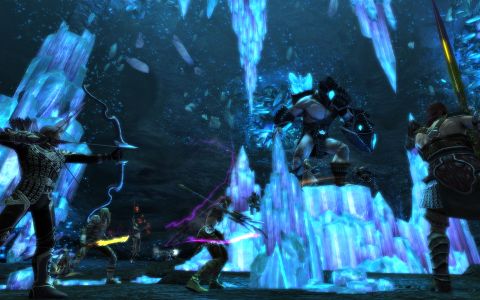 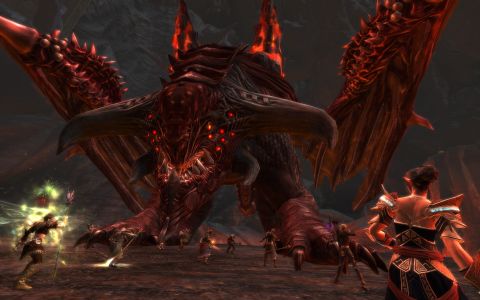 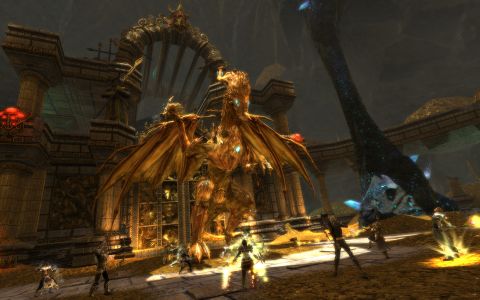 As the Age of Dragons wound to a close, Telara’s heroes overcame the flames of Maelforge. They bound the red dragon of ruin deep under Mount Carcera, at the heart of Ember Isle. Held fast by the calming power of Earth, he slipped into a long, sullen sleep.

Then the rifts opened, and the Wanton surged forth across Telara. The great volcano bubbled over as Maelforge thrilled to the reborn cycle of destruction. He sent his thoughts of passion and violence out into the earth, and Laethys responded.

Her Golden Maw minions softened the stone around his prison, and smuggled her dormant form to Ember Isle. Now, with the aid of corrupted spirits like Caduceus, Laethys has joined Maelforge under Carcera, poised to reduce Telara to glittering ash…

…unless the Ascended can brave the volcano’s core, face the dragons’ fiercest lieutenants, and bring down not one, but two mighty gods of the Blood Storm in Infernal Dawn.

The Wanton and the Golden Maw have split the tunnels between them, guarding the path to their overlords. You must confront the champions of both cults in your race to stop the dragons, such as the Ember Conclave, busily planning the cults’ campaign, and the Pirate Queen Rusila Dreadblade, waiting to sail a magma tide aboard the lava-ship Dread Fortune.

Reduced to molten gold by her vanquishers, Laethys has reformed at last, her new body a breathtaking sculpture of that which she loves most — glittering wealth. But her form is still unstable, and if you strike quickly, you could break her down into golden slag.
Beyond waits Maelforge, perhaps the mightiest dragon after Regulos. A fearsome beast of nightmare and sinew, his many baleful eyes look finally upon an open sky. You must strike him down before he takes to the air, or Telara will once more feel his ecstatic fury.

And what have Laethys and Maelforge been doing since they regained use of their bodies? What horrific secret waits in the very bowels of Mount Carcera? At long last, the Ascended can solve the mystery of the eggshells that once appeared throughout Telara.