The second major zone in the Celestial Lands, Gedlo Badlands is meant for level 66 and 67 characters. Home to Kobolds, Goblins, Centaur and other fire creatures, the Badlands aren’t too bad as parts of the Plane of Fire go. Not everything is burning, and there’s even some greenery. Just don’t go drinking the water, and you’ll be fine. 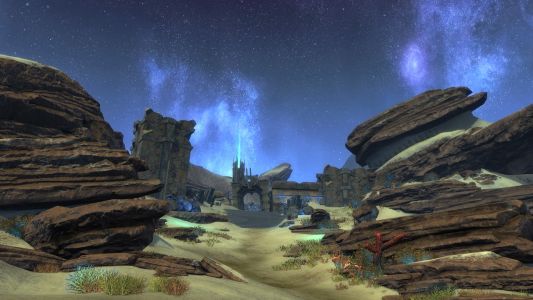 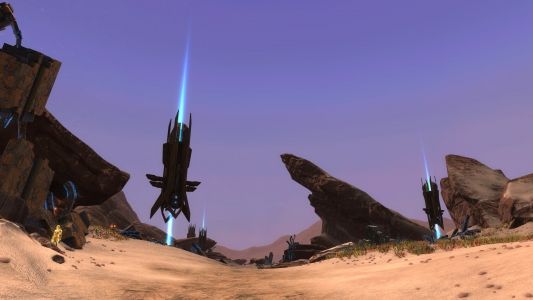 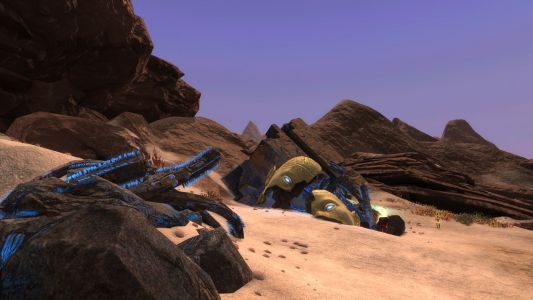 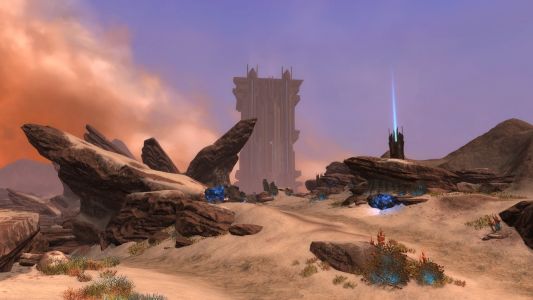 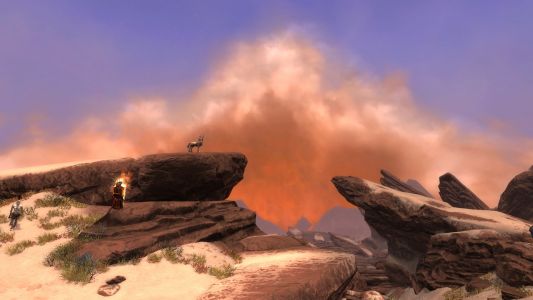 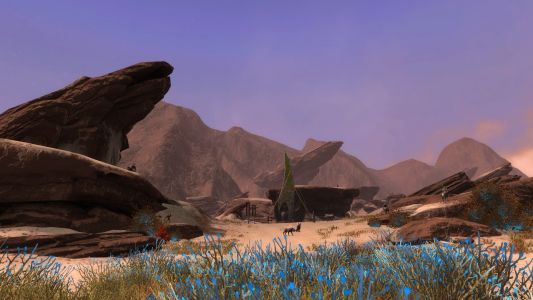 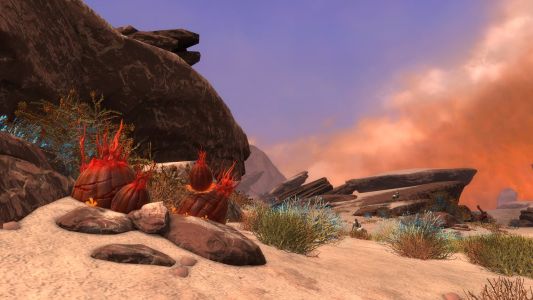 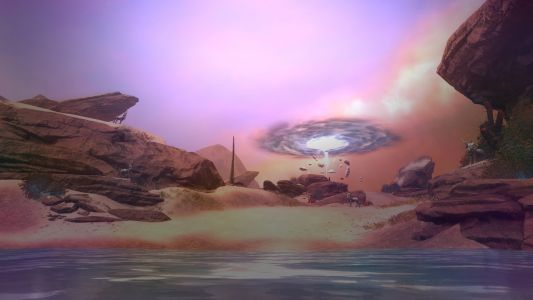 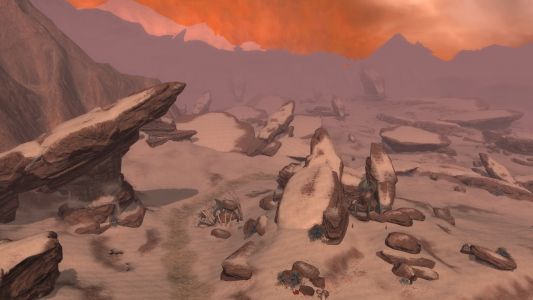 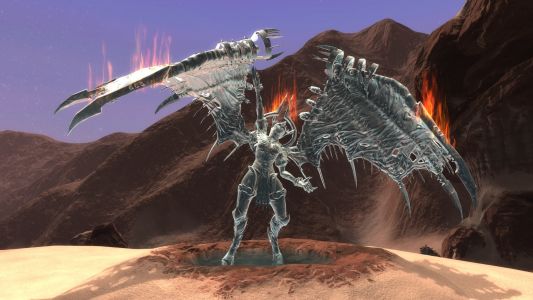 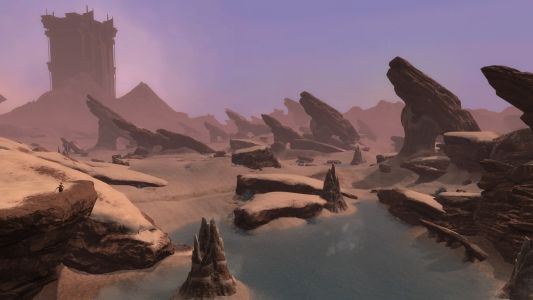 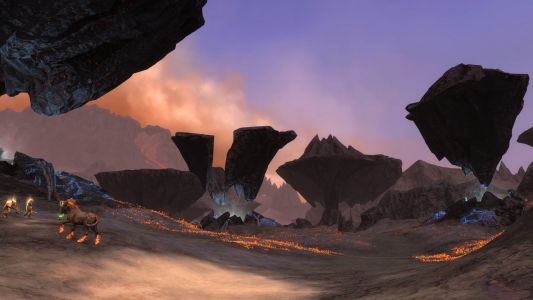 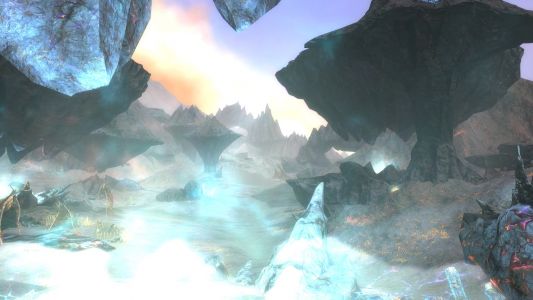 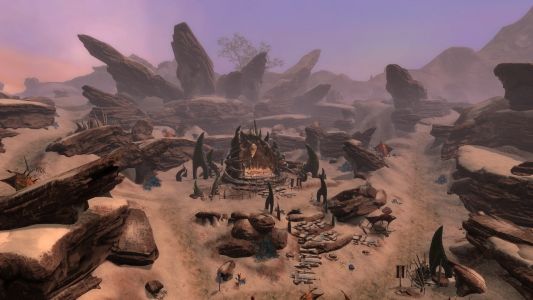 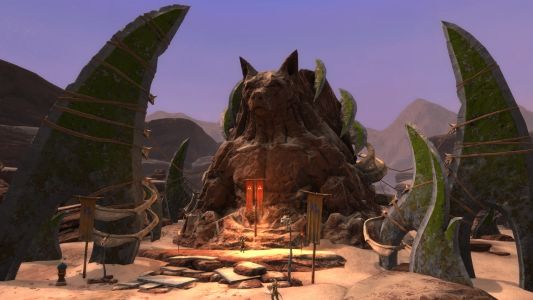 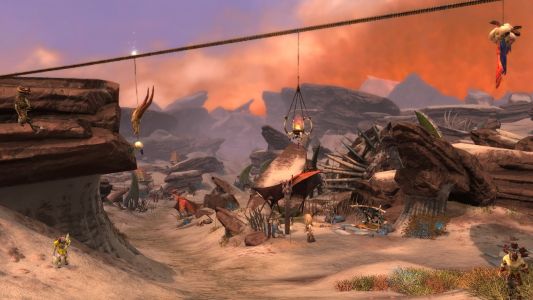 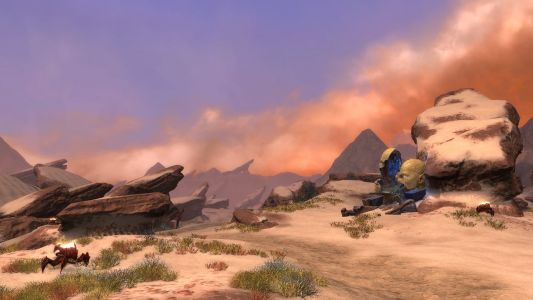 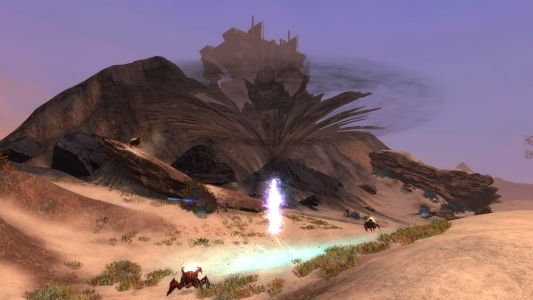 Not much good comes out of the Gedlo Badlands. Of course “bad” is a judgment call. A Telaran would find a certain beauty to the sharp ridges of rock and shifting beds of fine gravel, particularly at dawn or dusk when their brown and black tones are enriched with gold and red. But to the devils that now rule the Plane of Fire, this desert expanse is fit only for goblins.

The land is almost barren, and harsh. No soft and nourishing forests, no comforting leafy shade. You’ll be glad to hear that there are no rivers of lava, raging wildfires or burning atmosphere either. If the liquid pools of the caustic oasis were water instead of clear, flammable oil, it might actually be habitable for someone other than an Ascended or the cruel denizens of the Plane of Fire.
While mortals would find the badlands arid and hot, the goblins of the Gedlo Conclave consider it an exile in the freezing wastes, denied their rightful place among the burning fields of condemned souls that they covet. Only the kobolds of Saint Taranis deigned to travel to this desert wasteland, and then only for the yearly pilgrimage to wage holy war.

The goblins have been in the badlands since time immemorial and are hard at work, single-mindedly simmering with rage and thoughts of revenge against all who wronged them. The devils of Ashenfell, the mortals of Telara, and most especially the noble kobolds of Saint Taranis. The Ascended must discover what the Goblin horde is up to; rumors of a stolen prophecy of Ananke, and the plans to destroy Saint Taranis are about to hatch, now that the kobolds are trapped on the comet with them.
The goblins are centered an area known as Gedlonia, and some say they have closely guarded drake hatching grounds nearby. The most bloodthirsty among them rove about the land in war bands and attack the kobolds whenever they can; revenge for the many years of defeat at the hands of the dog-like warriors.

The Kobolds of Saint Taranis, on the other hand, are a noble, if similarly warlike faction, devoted to earning honor and redemption that the souls of their ancestors failed to find in the mortal realm. Taranis, a kobold that ascended to sainthood, has shown them the way. Each year they make pilgrimage to these badlands as a test of their prowess and courage. If they can stand against the horde of goblins with artistry, courage and nobility, then they too may just find redemption. Each year they made this pilgrimage to defeat the Gedlo Conclave and each year they returned home victorious. It was their unwelcome fate that Ahnket tore their battlefield from the Plane of Fire while their temporary holy city was erected in the badlands. Now the prospect of victory and redemption grows fainter as the goblins lay siege, and faith is shaken in the various camps of artists.
The leader of Saint Taranis is the kobold monk Veist, who has struggled to hold the various camps together and inspire them to face the horde of goblins in what might be an unwinnable battle. He knows that noble warriors respect action more than mere words, so he has embarked on a quest to find a champion or two among the strange lands from distant planes that have been taken by the Comet of Ahnket. It is this quest that brings him in contact with the Ascended of Telara and the Champion of the Vigil, Cyril Kalmar, who has too long been temple bound.

Together, these mighty warriors will help the Ascended in learning more about the Gedlo goblins, the monstrous denizens of the badlands and the Devil Lords of Ashenfell who plan to unleash a fiery apocalypse upon the world of Telara.