The first expanded zone, Ember Isle was to be a challenge to all well geared level 50 characters. As there’s so much to see, I’ve cut the posts up into multiple pieces. This part shows Fort Zarnost (the Guardian entrance point) and Nykantor Ruins. 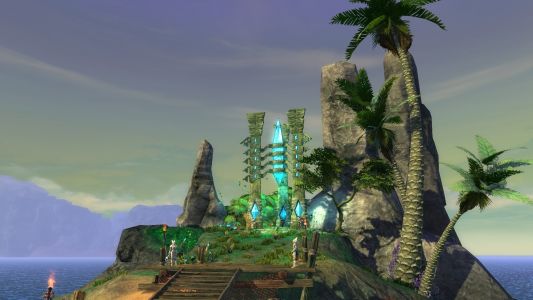 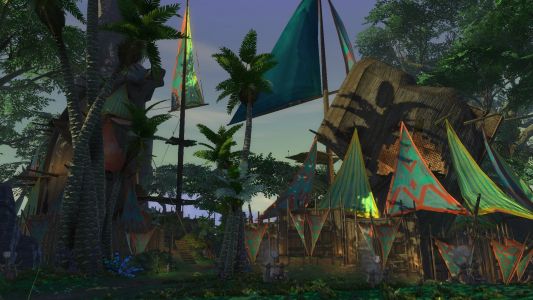 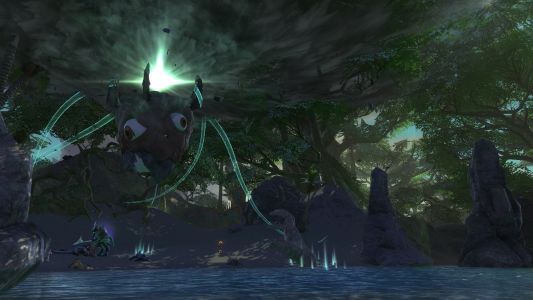 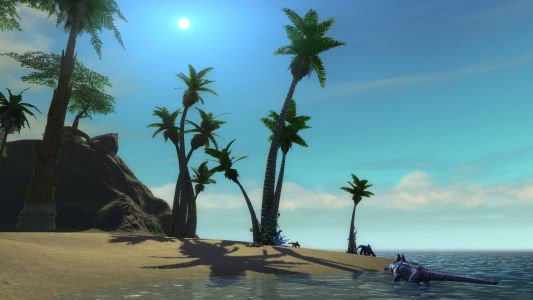 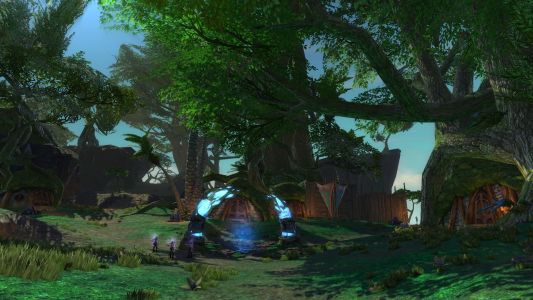 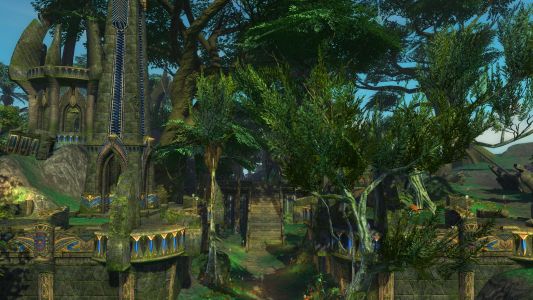 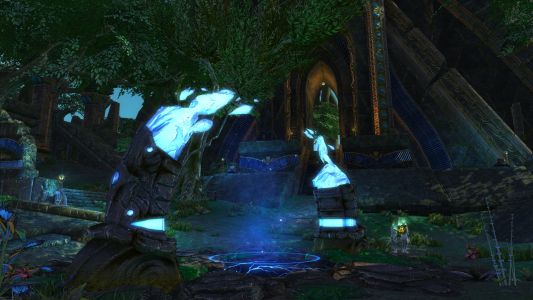 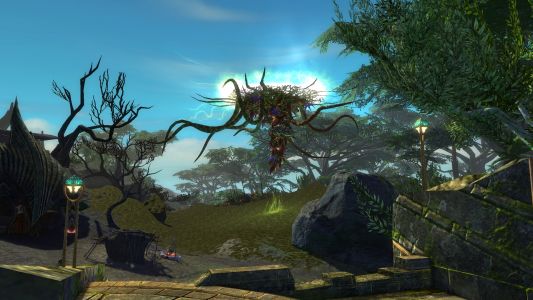 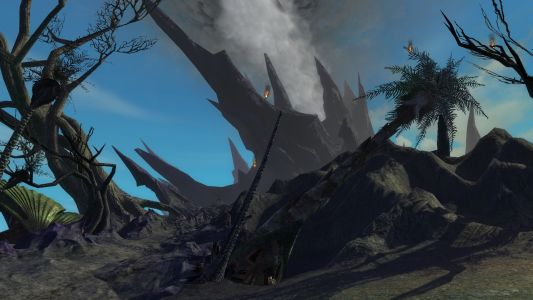 The Kelari tell a tale that, in the beginning, there was but a single Sourcewell. This massive vent to the furnace of the Nexus, the molten sourcestone core of Telara, attracts or creates (no one is quite sure which [6]) the concentration of spirits found here. It is believed that the five heroes used some special magic of the Sourcewell as part of the ritual that bound Maelforge. This apparently sealed the original Sourcewell but opened many smaller fissures all over the island, known today collectively as the Sourcewells.

When the fissures known as the Sourcewells first appeared it was quickly realized that these founts of energy were like a bountiful feed trough for the planar invaders on the island. Many Kelari found themselves called to volunteer to take up the mantle of the five heroes and guard the Sourcewells. They built the defenses and, to this day, remain at their posts, giving their very lives (and sometimes beyond) to deny this food to the enemy.