Ashenfell: an environ of scorched rock and flame, with lakes and rivers of lava flowing hotly through forests of magma spouts. Where Scatherran Forest is lush and green, Ashenfell before the Gates of Flame is alive with flame. 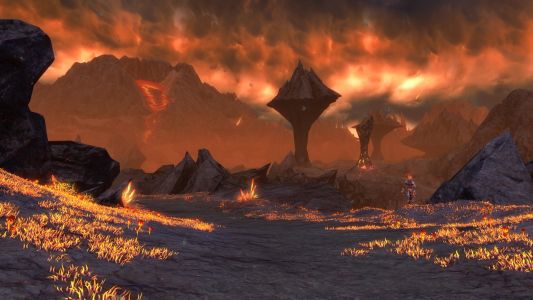 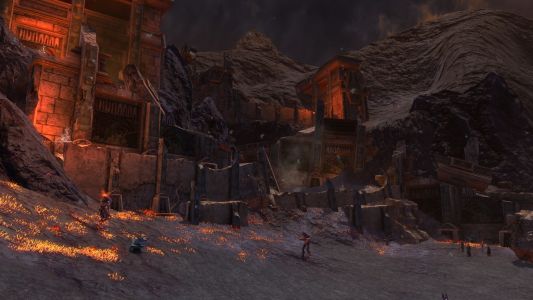 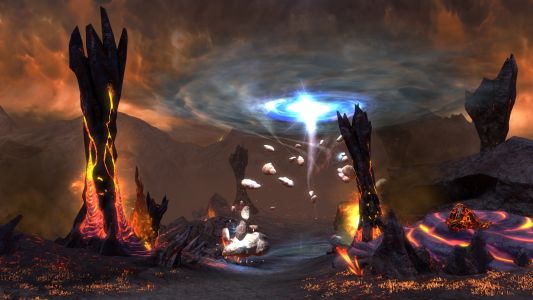 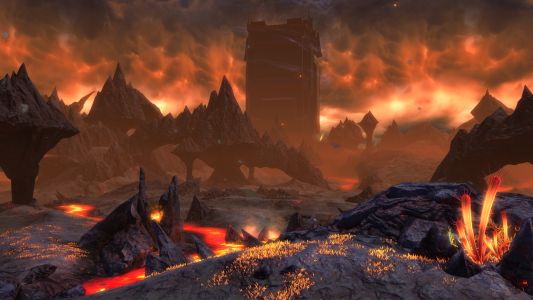 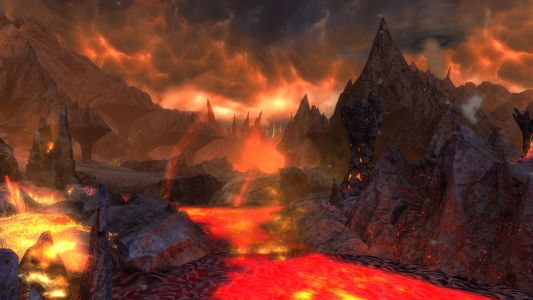 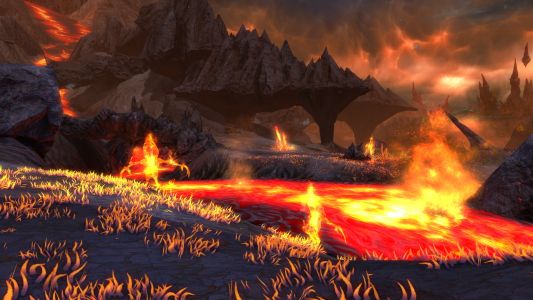 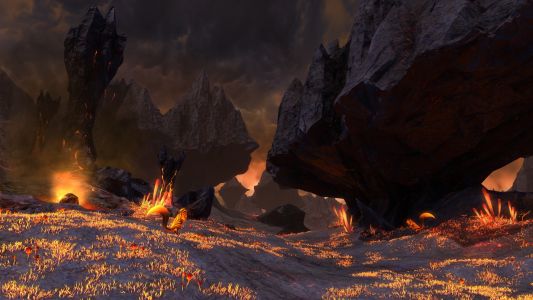 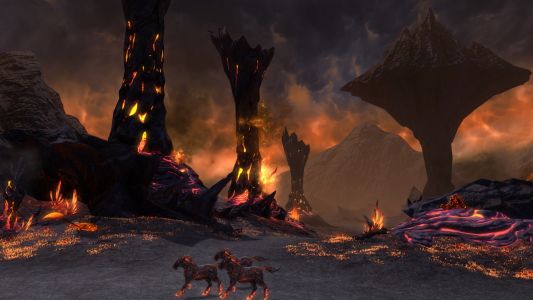 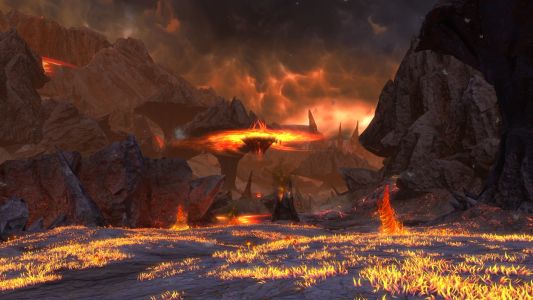 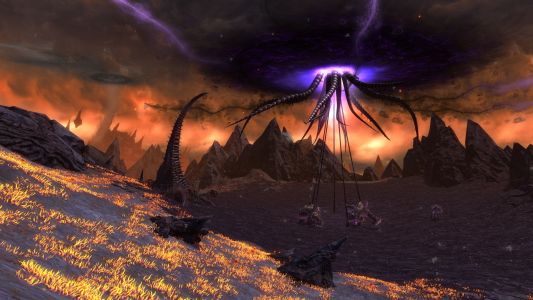 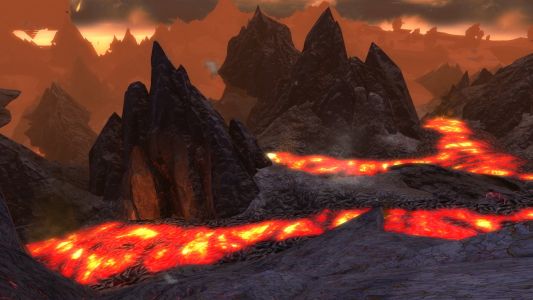 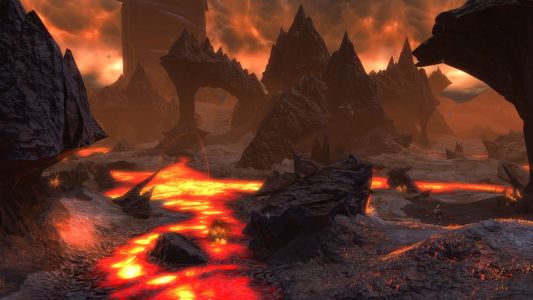 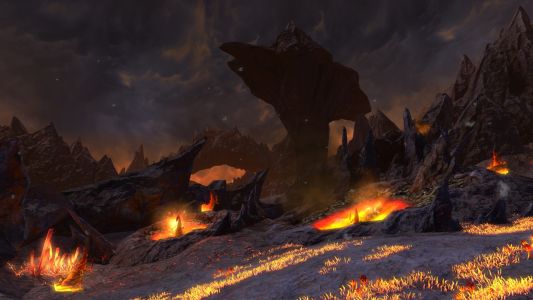 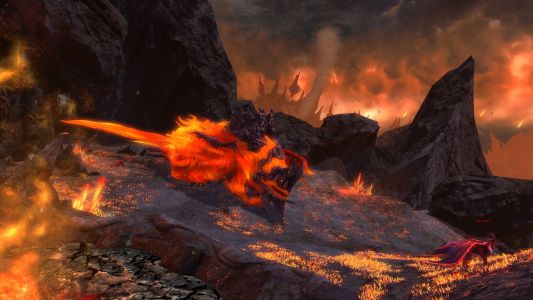 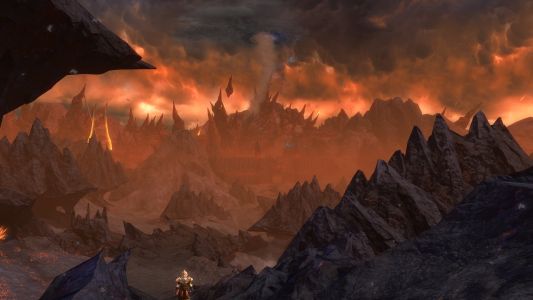 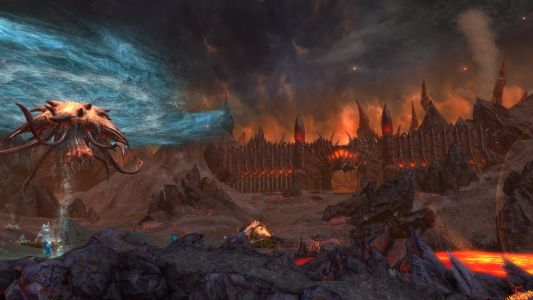 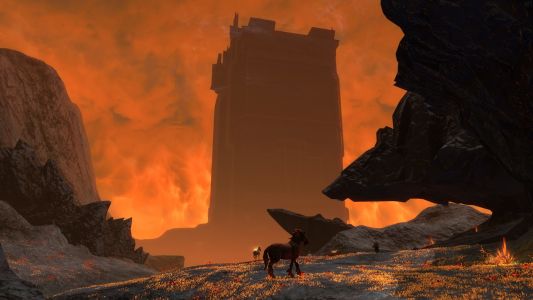 The most dedicated of Ascended will find themselves directed to this fiery region by the Messenger Ambriel, Chalice Bearer of Thontic, the God of Knowledge and Magic. Charged with preventing an unimaginable fate from befalling Telara, this is the task of a lifetime, fraught with challenge.
You must stop Duke Arcarax, Lord of the Lake, Master of Torments, Guardian of the Gate, Master of Ashenfell, and Bearer of the Final Signet of the Apocalypse. He has forged an unholy alliance with Ahnket herself to bring about the Starfall Prophecy, to break fate and destroy all creation!

Visitors to Ashenfell will immediately notice the ember glow of the lava river, Pyregethon, which issues from Mount Pyre, the impenetrable prison of many enslaved Dragons. The searing heat of the Pyregethon’s flow is a mortal danger to all, hot enough to harm even the fiery denizens of this realm. Were a Telaran to venture into its burning embrace, they would be consumed down to their very soul. Travelers who carefully follow its banks will eventually reach the Lake of Fire where souls that are condemned to the the Plane of Fire are tossed, eventually emerging forth to be shaped by the Alaviax Devils into their twisted creations.
Wandering through the Teeth of the Alaviax and the Black Forest, adventurers will find that there are very few intelligent inhabitants to be found. Filled with menacing rock formations, fiery cacti, and towering lava tubes, few living beings call this area a permanent home, other than a herd of flaming Nightmares and a scurry of Fiery Squirrels. Duke Arcarax’s roaming death squads occasionally patrol these bleak landscapes, searching for any who might have accrued his ire. Everything irks the Duke, so their job is simple.

Diligent searchers may locate the Wreckage of Hamatu in these environs. This ancient Eth colony clearly suffered some terrible mishap in the past. Among the debris is a strange console that features a singular button upon it. Scattered reports indicate that it appears to be attached to an ancient vault. Kobolds from nearby Camp Veist are inexorably drawn to the console, and will press the button repeatedly and mildlessly, either in obsession or ritual. What foul scheme has distracted the kobolds from the search for redemption in this infernal realm?
Eventually, you may reach the Gates of Flame, which mark the border of Duke Arcarax’s domain. These ancient walls were carved soon after the devils were cast here by the Vigil, and have been embellished with profane engravings over millennia. The gates themselves are among the most heavily guarded spots in all of Ashenfell; attempting to sneak through would be suicide. In fact, there is no safe way to traverse them.

Ashenfell, Part I was last modified: November 7th, 2016 by misterwibble