Stonefield is the second zone Defiants enter. Not as gloomy as Gloamwood, Stonefield still has a few unsettling areas. 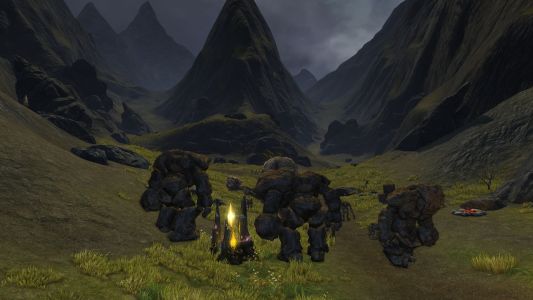 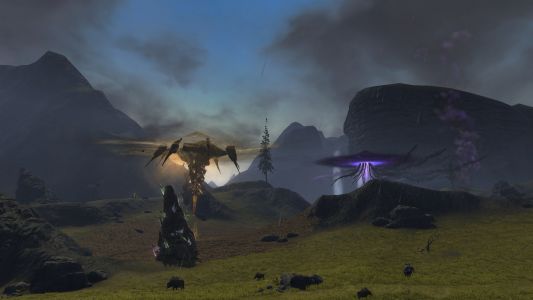 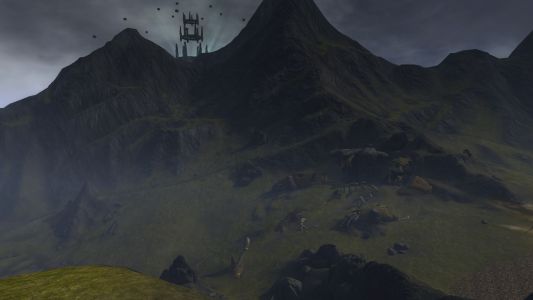 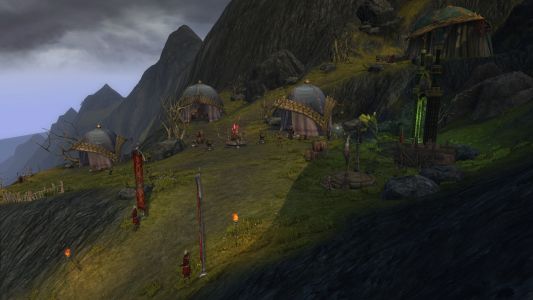 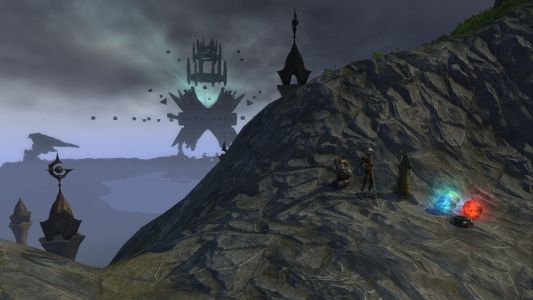 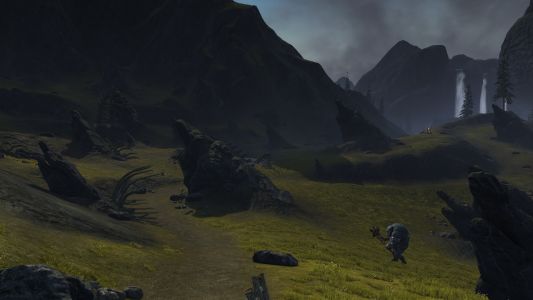 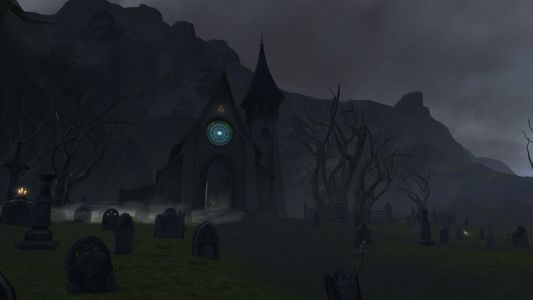 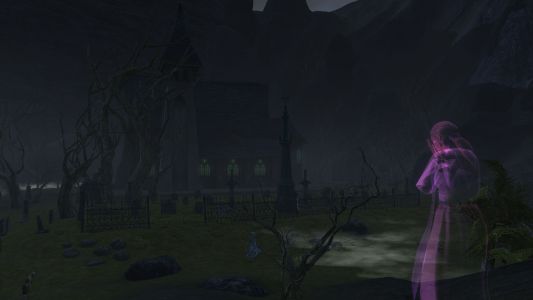 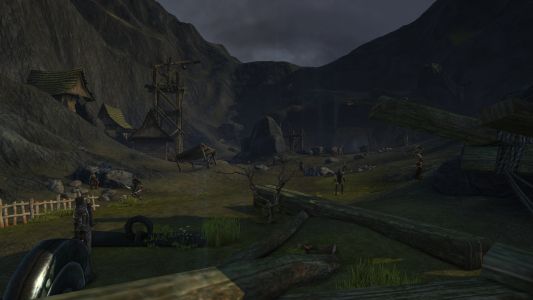 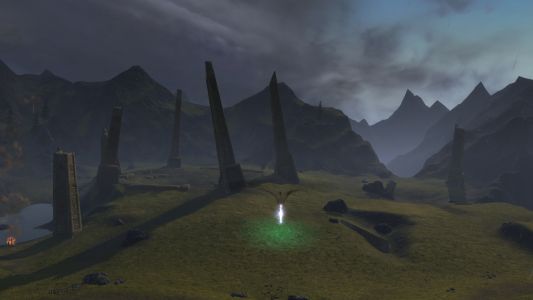 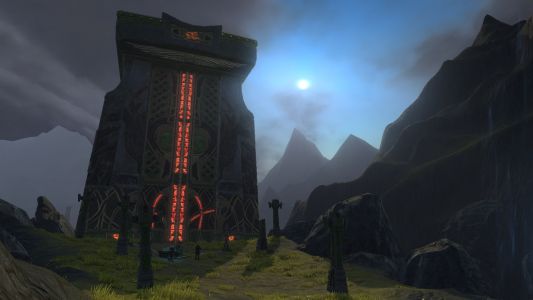 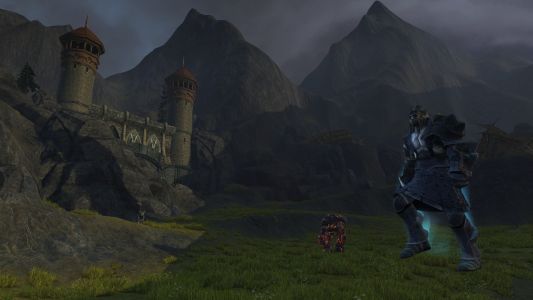 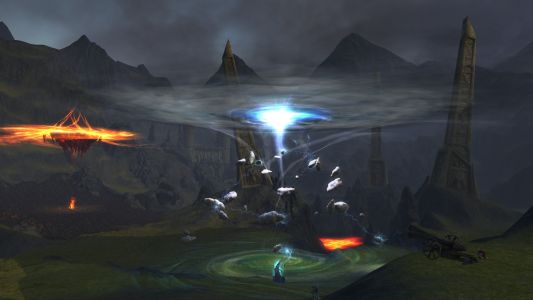 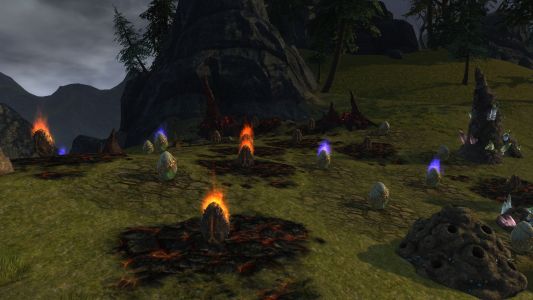 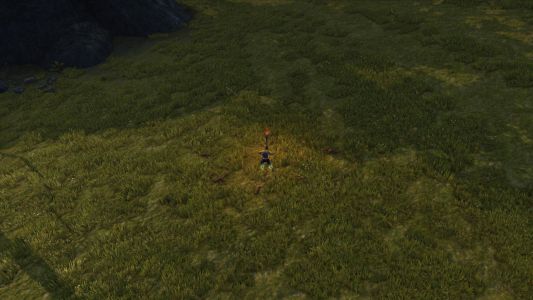 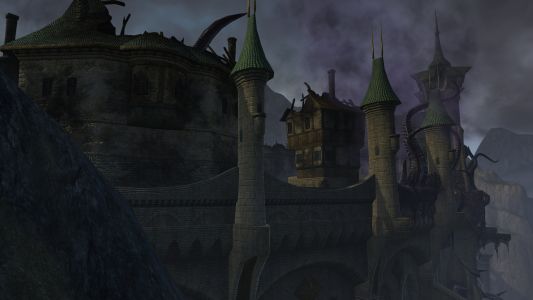 Long, long ago, the brilliant and mad sorcerer kings of the Eth dared to call titans to Stonefield from the Plane of Earth. The Eth put these beings—perhaps the purest expression of their element’s invincible might—to guarding Stonefield’s priceless sourcestone mines.
Stone is not just hard and strong but patient, cold, confident, hiding veins of brilliance. The titans waited, and plotted, and slowly raised an army of mountain trolls, earth elementals, and troglodytes. Without warning they rose up, and swept the Eth from Stonefield like an avalanche.
With ingenuity, tenacity, and years upon years of bloody fighting, the Eth overcame the titans and bound them deep under the hills. It is said that they rage within their prison-tombs, and every avalanche and trembling rock, every shift in the stone, is the result of some furious titan slamming his fist into an unyielding wall.

In some places, the titans’ influence bursts through the very stone. At Titan’s Rest, the skeleton of a particularly vast specimen juts from the hills, jaw agape in an endless scream. Rocs flit between his ribs, as if hoping to pick an ancient scrap of meat from the bones.
Mountain trolls wander his upturned grave, resting against his wrist-bone or making their lairs in his empty eye sockets. These rough-hewn brutes are split into two factions: those who yearn for a return to titan rule, and those who savor the freedom to roam the hills, smashing and slaying at will. When trolls from rival camps meet, they charge at each other, their bulbous feet tearing the earth, and crash together like boulders. Cracks in the titan’s massive bones might be evidence of where one troll smashed in another’s head.

Granite Falls is just as dry and barren as its name suggests. Once, this was a prosperous mining town, its skilled miners tapping some of the richest sourcestone veins on Telara. The miners respected the earth, and never dug too deep for fear of waking the ancient prisoners. This sensible approach has done nothing to protect the townspeople from calamity after calamity since the coming of the rifts.
Displaced from the Deepstrike Mine by the Endless Court, the people of Granite Falls have lost their livelihood. Now the unemployed sit, surly and despondent, in the overcrowded tavern. Adding injury to insult, a mysterious illness has swept through the hill folk, poisoning even the miners’ leathery lungs.
Those who succumb to disease, hunger, or despair find no rest, for the dead rise in the cemetery outside Granite Falls, eager to swell their numbers with the fresh-killed corpses of mourners and passersby. Death Rifts are now nearly as common in the hills as Earth Rifts, and nothing in Stonefield stays buried long.