Dungeon: Realm of the Fae

One of the first dungeons to explore, Realm of the Fae holds one of the most illustrious characters of Telara: Battlemaster Atrophinius. 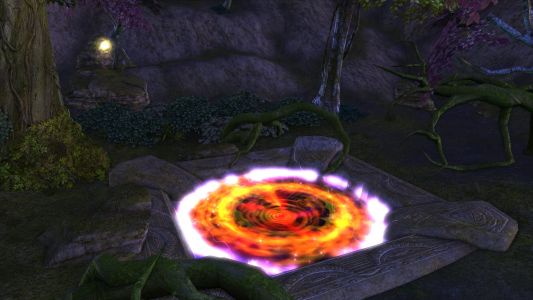 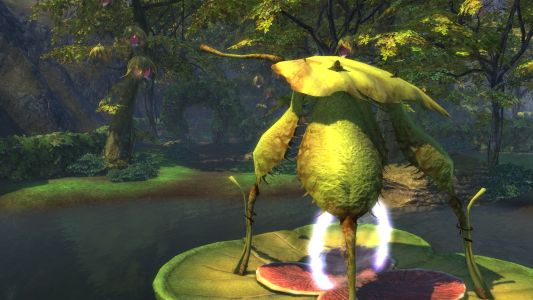 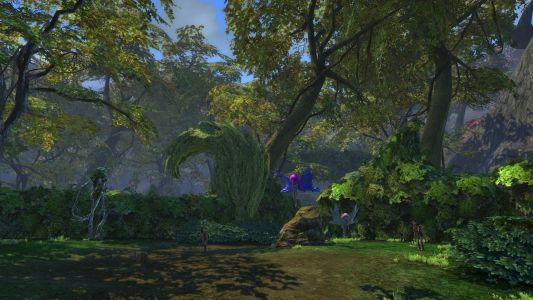 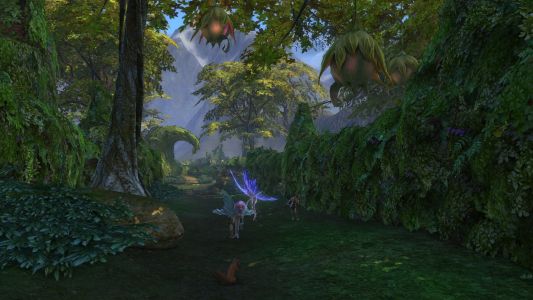 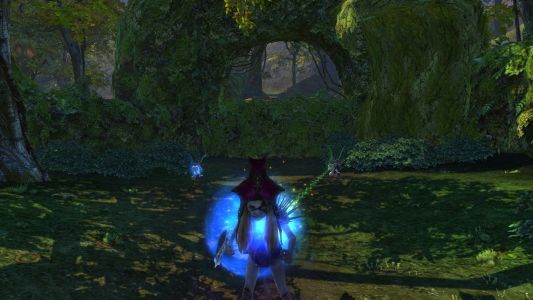 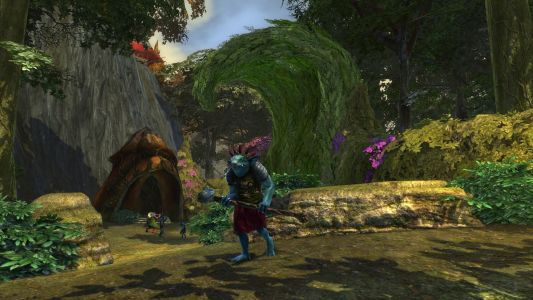 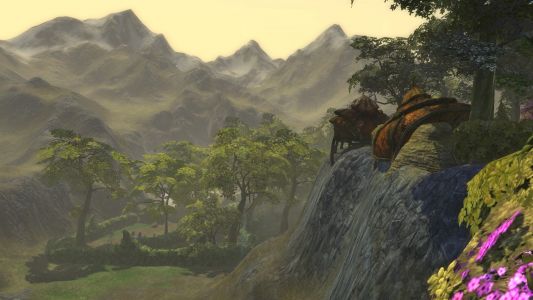 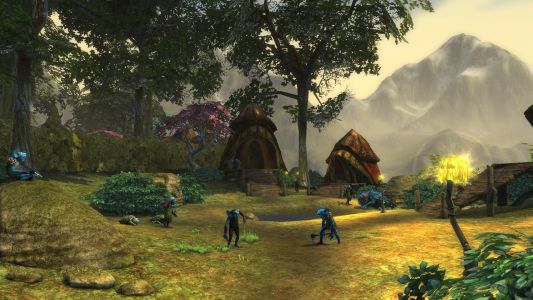 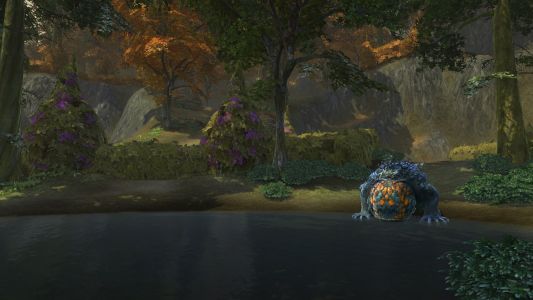 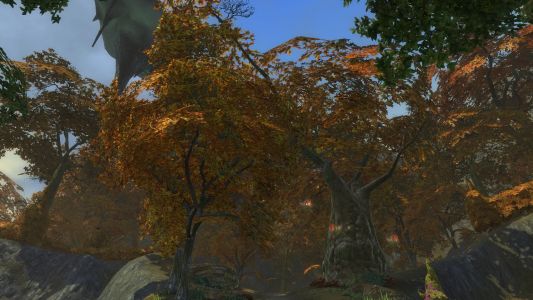 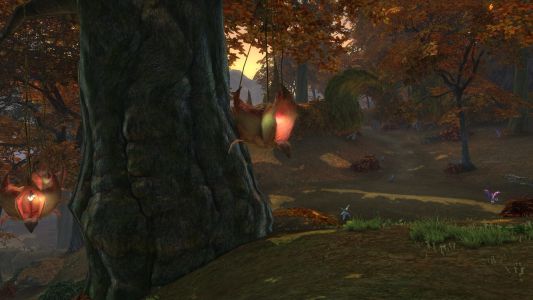 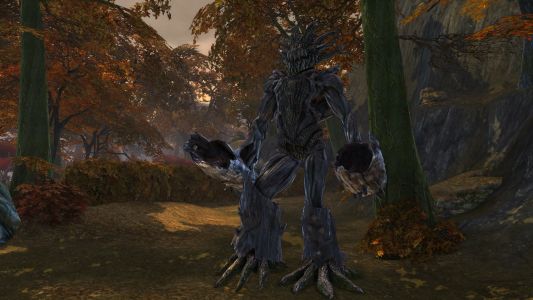 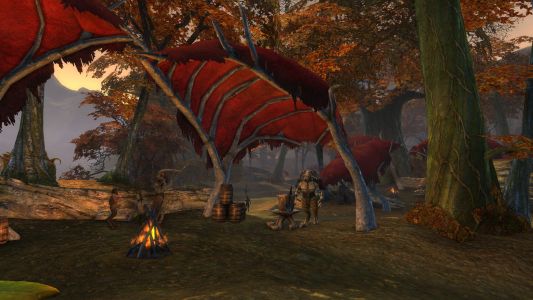 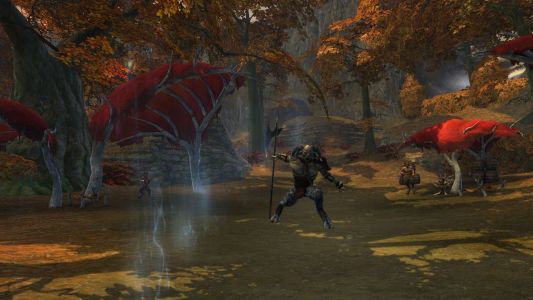 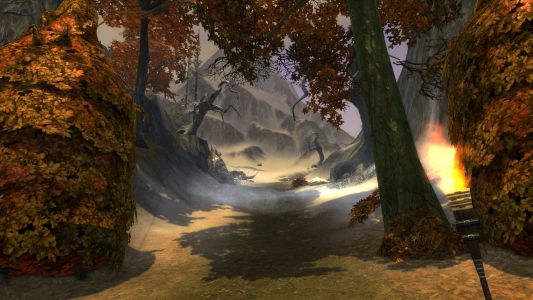 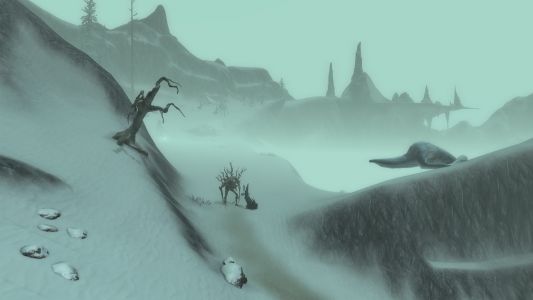 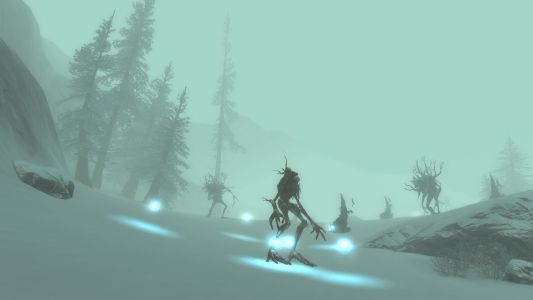 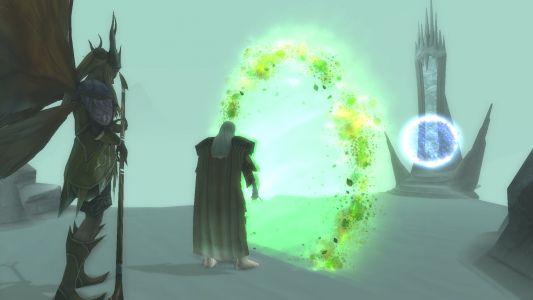 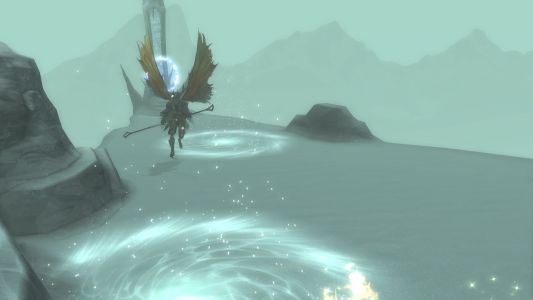 In Silverwood, in Hedgerow Court, there is an old wishing well. Anyone who falls down the well lands in a maze of high hedges, where the air is sweet and still and faeries flutter overhead. Most never find their way out, but the truly unfortunate wander through the labyrinth and into a stolen world of madness and torment.

The faeries have ripped away a piece of Telara, bending it to their will in every aspect, from its physics to its weather. This kidnapped land is the Fae Lord Twyl’s playground and stronghold, and he calls it the Realm of the Fae.

A cackling trickster guards the hedge maze’s exit. Those who get past his daggers find themselves at the foot of a path winding up a mountain, a path that defies all logic. It suits Twyl’s whim to divide the Realm of the Fae into four terraces, each locked forever in a mockery of Telara’s seasons, each haunted by one of his lunatic retainers.

Those who survive the challenges of spring, summer, and autumn find that the path breaks free of the mountain altogether, anchoring a series of glacial islands that float free in the swirling ether. From here, Twyl watches over his own tiny universe, needing no more protection against the cold than an artist needs protection from his work.
The Kindly Folk, the Wee Men, the Good Neighbors. Calling a faerie an unkind word might get the horrid little creature’s attention. Natives of the Plane of Life, faeries epitomize the heartless caprice of the wild. They have childlike bodies and elfin features. Their skin shimmers, their laughter intoxicates, and their eyes are black and dead. Despite their playful veneer, faeries love to manipulate mortals in cruel pageants, or tear their limbs off for sport.

Faeries range through all four seasons of their Realm, though each season hosts unique and terrible denizens of its own. Shamblers appear to be innocuous mounds of autumn leaves, but sport blubbery arms and froglike mouths that can swallow prey whole. Treants stride along the path, eager to shatter bones with knotted fists. Satyrs throw their crazed bacchanals in the autumn terrace, fighting, carousing, disemboweling all those who do not join the revel.

Heroes who climb to the winter terrace face the elite guard of the Fae Lord Twyl. Long the favorite of Greenscale, this aristocrat commands not only the Realm’s natives, but the Realm itself. His twisted thoughts shape the hedge maze, and his fractured mind split the Realm of the Fae into its four seasons. Those who fight through his prancing minions must face Twyl himself, and the Fae Lord can weave illusions to unmake the stoutest mind.
No one knows why Twyl has isolated himself in the Realm of the Fae. It was he who tempted Prince Hylas of the Elf clan Aelfwar to join in Greenscale’s cause. After such a coup, the local defenders assumed Twyl would be active and aggressive, only to find him retreating into his own pocket dimension.

Shyla Starhearth, Pentarch of the Vigil, wishes to know why Twyl has hidden himself away, and has promised rich rewards to any Guardians who can bring back proof of his motivation, or even slay the Fae Lord outright to end a major threat to Silverwood. Perhaps it is possible to wrest this land away from the faeries, restoring it to its proper place in Telara.

The Realm of the Fae teems with magic, in everything from its impossible plants to the very air of its shattered seasons. Adventurers might find uses for all of these, and for glittering faer weapons coated with sweet-smelling, deadly poison. For all its danger, riches and glory await any Ascended willing to dive down the magic well, navigate the hedge maze, and fight their way through the Realm of the Fae.

Dungeon: Realm of the Fae was last modified: August 2nd, 2016 by misterwibble