Packed with atmosphere and some really great lore, Gloamwood could invoke a fantasy/gothic horror feeling. Guardians just leaving the bright and happy Silverwood are flung head first into doom and gloom. The zone was brightened some time in 2013. 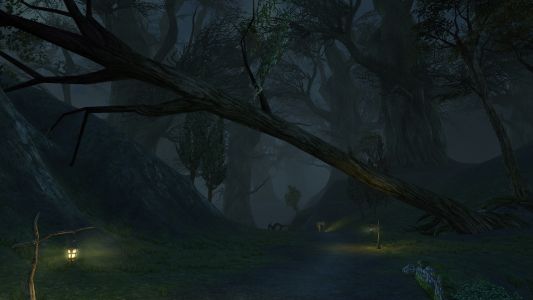 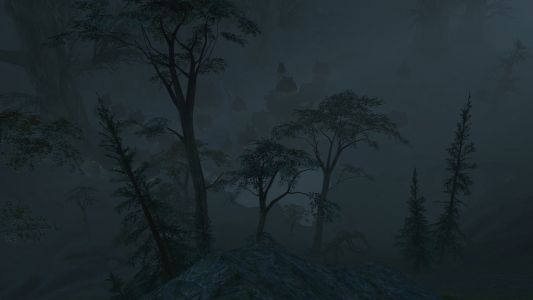 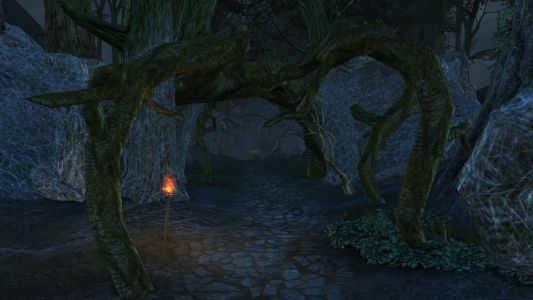 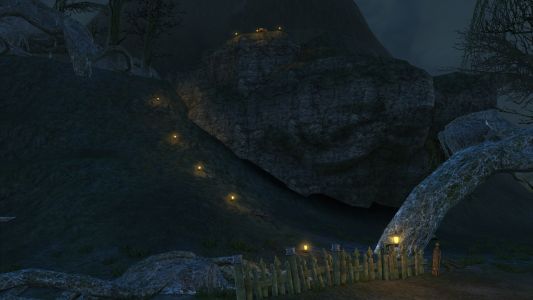 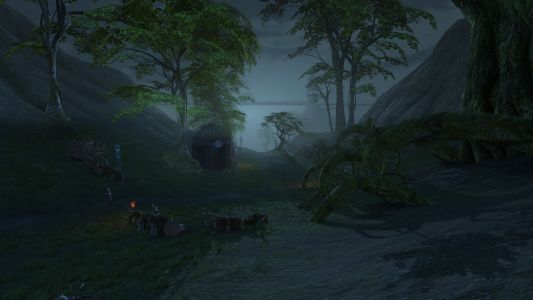 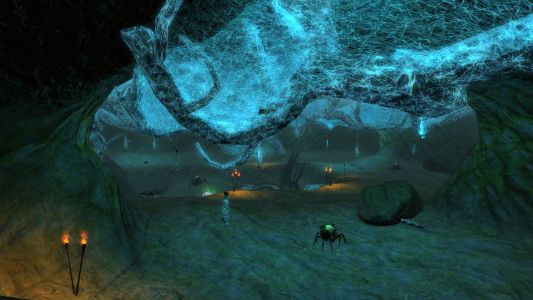 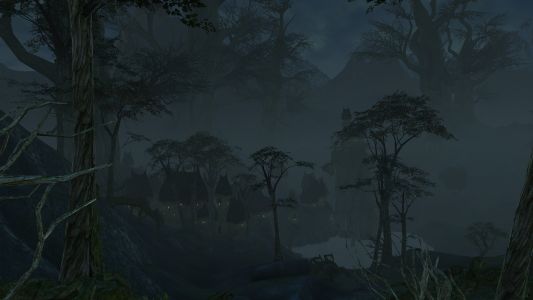 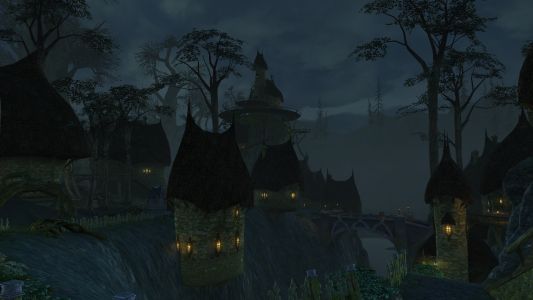 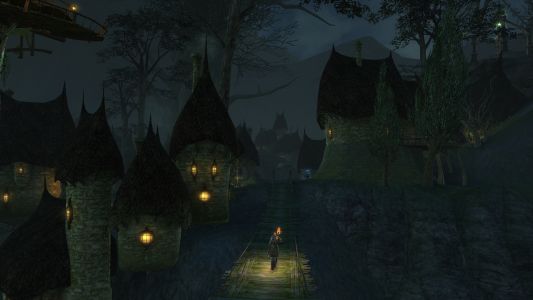 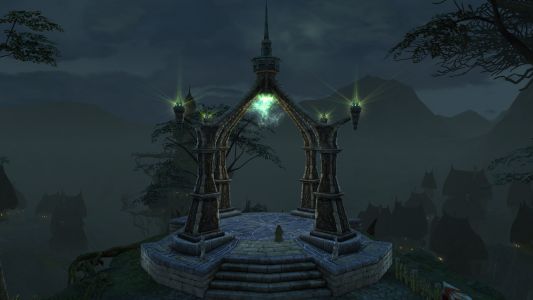 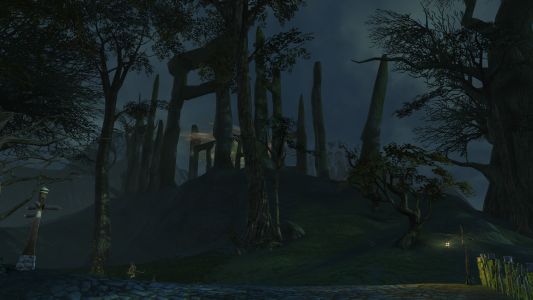 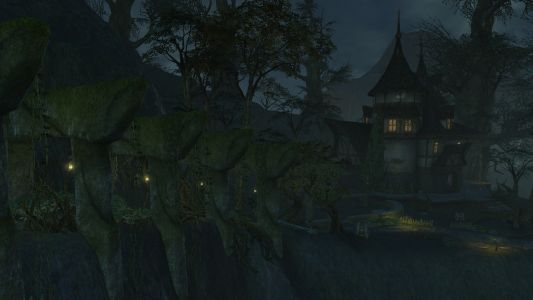 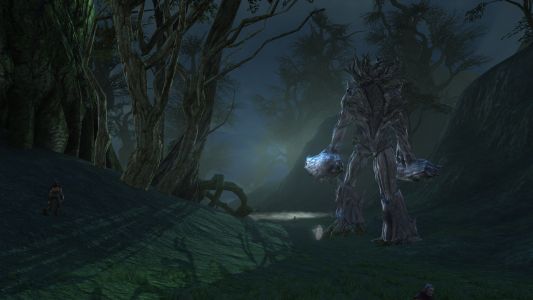 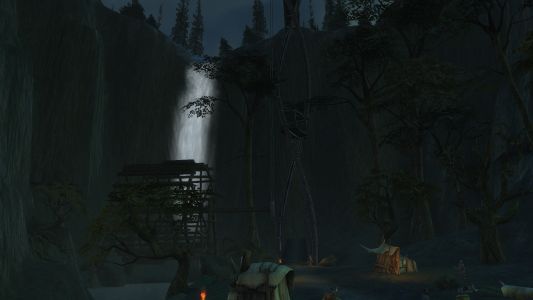 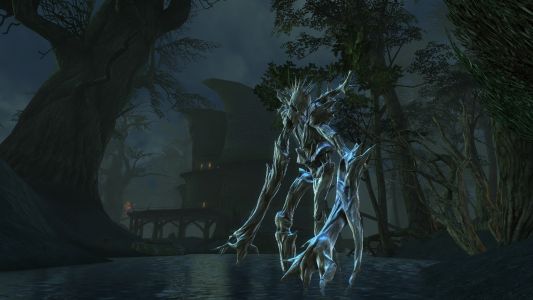 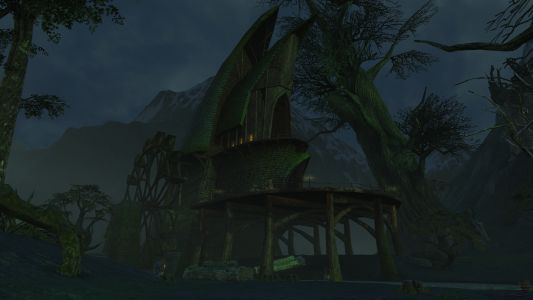 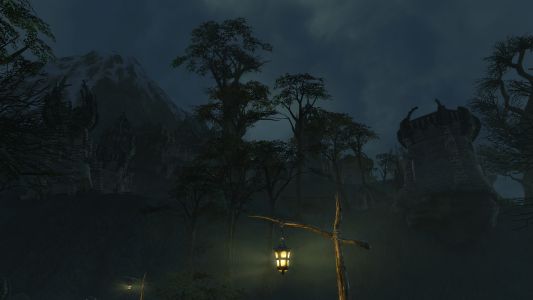 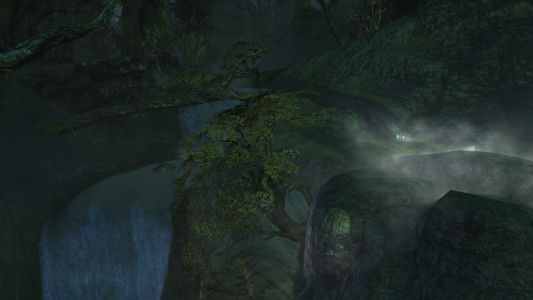 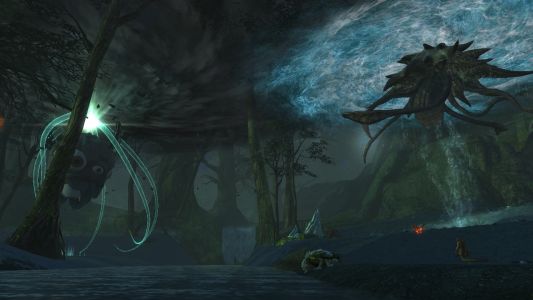 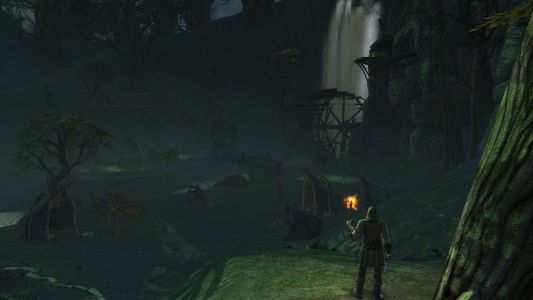 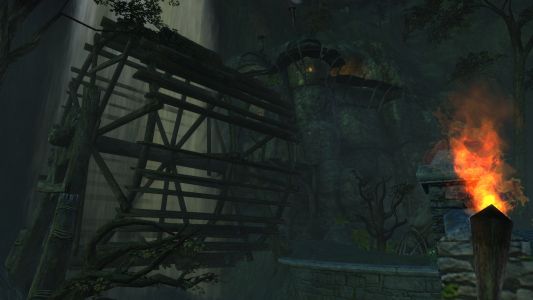 Sun-dappled Silverwood can lull newly returned Ascended into a false confidence that while the creatures of the rifts are fearsome, they can be stopped before they wreak havoc on Telara. But naïve heroes see the havoc firsthand when their quests lead into Gloamwood. For this is a deeper, darker forest, where corruption from the planes rises from deep underground to poison trees and communities at the root.

Guardians traveling to Gloamwood find themselves surrounded by lank trees, white of root with pale green trunks, and mostly bare of leaves. The Shade still lingers here, and the sun rarely peeks into the misted sky, which is jaundiced yellow by day and bruised red by night, an endless twilight that gives Gloamwood its name. The soil here is wet and black, and sometimes bears the strange footprints of the creatures that creep between the trees.

Travelers must push through Silkweb Pass, careful not to tangle their limbs in the thick webs that stretch from tree to tree, or to lose the gauzy path. Giant spiders skitter along the webbing, pouncing upon travelers in venomous packs. Tales tell of their Broodmother, and perhaps a wanderer who loses the path might catch a glint off her carapace before a stinger as long as a sword pierces his gut.

The village of Gloamwood Pines slouches in the darkening wood, its people sullen and mistrustful, refusing strangers hospitality even as they seek help to keep their village alive. Grisly murders have long plagued Gloamwood Pines, and though all evidence points to a huge beast, no amount of culling the local predators has stopped the killer.

Villagers also speak of the hag who lives in Deepwood Cottage. She was old when the toothless village grandfathers were but little boys, toiling over her curses or peering out at the woods with milky eyes visible through a slit in the curtains. Some say the hag and Gloamwood are one, and you might be tempted to believe it when you watch the knotted shadows grasp at the trees.

Civilized folk work hard to keep Gloamwood’s goblins in check, but the vicious little creatures have recently grown bold, spreading through the wood and attacking even armed patrols. The goblins are sometimes bigger and stronger than usual and mad with bloodlust, goaded by their Gedlo priests to greater and greater ferocity.
Unworked gray stones as high as ten men stand in the forest, arranged into an impossible formation. They have lurked in their clearing for centuries, radiating a forgotten, sinister purpose. The goblins have infested these Standing Stones, lashing out at anyone who comes too close.

The goblins built their city in the drainage system for Shadefallen Keep, expanding it with their own rude tunnels and gouging ever deeper into the ground. Adventurers bold and foolish enough to invade these Darkening Deeps might find the source of the goblins’ newfound aggression, rescue villagers from Gloamwood Pines or meet their end in a storm of fire and claw.